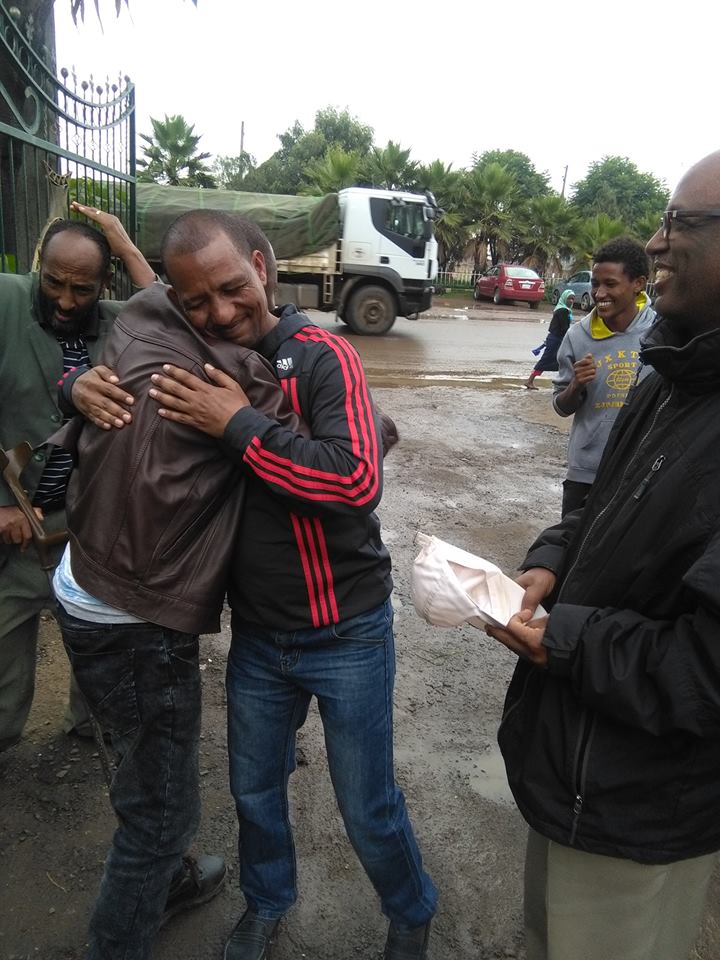 Opposition figure and Social Media icon Abrha Desta is released from from prion today after two solid years of incarceration.

Abraha is an executive members AENA Tigray party – an opposition party based in Tigray region of Ethiopia which is the ethnic base of the ruling Tigray People’s Liberation Front (TPLF).

His fierce and outstanding criticism against repression by the ruling party brought Abraha in a collision course with the ruling party while it won him thousands of fans and followers in Social Media.

By profession, he was teaching philosophy at Mekelle University in Northern Ethiopia.

His fans and friends in social media recount that Abraha was arrested on July 8 exactly two years ago. His arrest came after Opposition leader Andargachew Tsigie was abducted by Yemen authorities and handed over to Ethiopian authorities same day.

while he was in prion, his fans raised funds twice to assist the families of Abraha Desta as he was the breadwinner for the family.

Habtamu Ayalewu, Daniel Shibeshi and Yeshewas Assefa, who were all members of one of the biggest opposition party in Ethiopia -Unity for Democracy and Justice (UDJ), were also arrested along with Abraha Desta. They were all released a few months ago. Habtamu Assefa was subjected to torture which caused him a serious health crisis. Habtamu is prohibited not to travel outside of Ethiopia and he is now in hospital.

Many Ethiopians are concerned for the life of Habtamu Ayalewu. A vigorous social media campaign is launched to pressure the ruling party to observe the constitutional rights of Habtamu to travel abroad and get medical treatment.

There are numerous political prisoners and prisoners of conscience in Ethiopia.