United Nations general assembly elections to fill five non-member state seat on the Security council selected Ethiopia as one of the countries to fill the position. 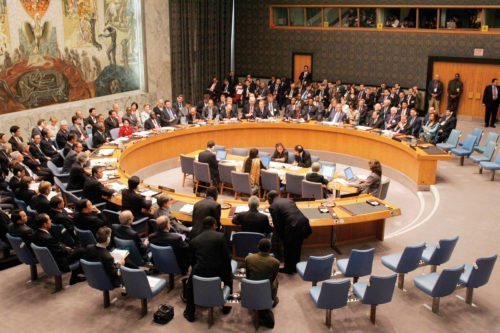 Bolivia from Latin America, Kazakhstan from central Asia and Sweden from Western Europe are also elected for the same position.

Angola,from Africa, is currently holding the seat and will soon finish its two year term.

The newly selected countries including Ethiopia will seat in the non- permanent member state seat on the Security Council for a two years term.

Elected countries will start their terms on January 1,2017. Egypt, Japan, Senegal, Ukraine and Uruguay do have seats in the non-permanent member state seats.

Britain,France, China, United States and Russia are permanent members of the security council.

The General assembly to elect members is usually held in October. It is for the first time that it is held in June, according to news from United Nations news center, as part of what it calls “revitalization” effort in the Assembly.

According to United Nations news center news, the election dates for non-member states was moved to June “under Assembly resolution 68/307 (2014) so that elected Member States can have more time to prepare for their terms before assuming their responsibilities.”

Historically, Ethiopia is active member in international and continental organizations in Africa. Ethiopia was the founding member of the League of Nations in 1923 which is the predecessor of the United Nations and was also a key player for the formation of what was then Organization of African Union – now African Union.