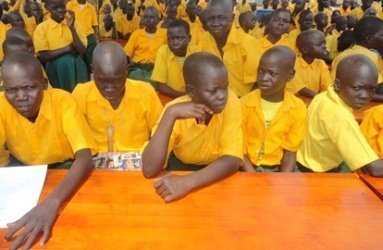 According to The Chronicle, the young nation looks to Zimbabwe, regarded one of the most literate countries in Africa, to help boost its education sector.

The South African nation was due to send a group of retired educationists to South Sudan to assist its education sector. The educationists are expected to mainly train South Sudanese school headteachers in capacity building programmes.

Zimbabwe was one of the nations that recognized South Sudan’s independence in 2011.

South Sudan’s education indicators reportedly remain among the worst in the world, despite increases in school enrolment over the past few years. Currently, it is estimated that more than one million primary school aged children, mostly from rural areas, are not in school, while the few schools that do exist are not conducive to learning.

The adult literacy rate, according to statistics from the United Nations Children Fund (UNICEF) stands at a mere 27%, and 70% of children aged 6–17 years have never entered a classroom.The completion rate in primary schools is less than 10%, one of the lowest in the world while gender equality is a challenge, with only 33% of girls in schools.