US announces $88 million in food aid to Ethiopia 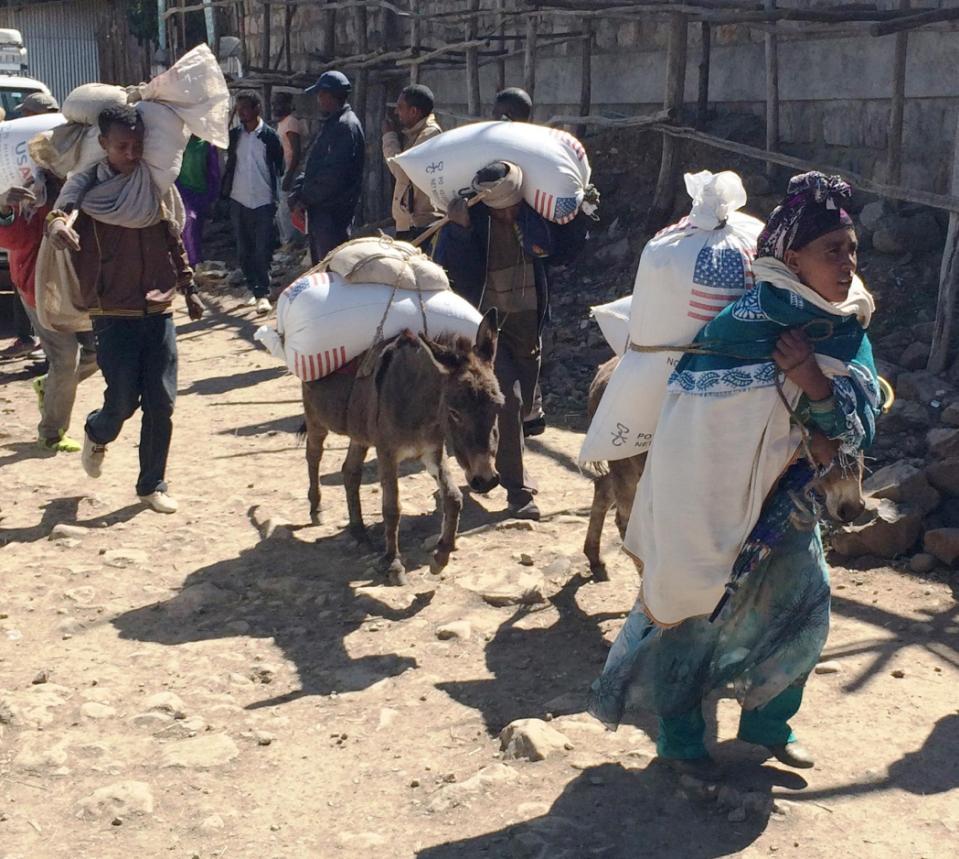 ADDIS ABABA, Ethiopia (AP) — The United States government has announced $88 million to help feed hungry people in drought-stricken areas of Ethiopia, bringing the total amount of humanitarian aid to the country in 2015 to more than $435 million.

The Ethiopian government is appealing for $1.4 billion from the international community to help feed more than 10 million people.

“Ethiopia currently has one of the largest food insecure populations in the world, which has increased dramatically since August 2015, as it is experiencing one of the worst droughts in decades,” USAID said in a statement.

The aid will provide more than 116,000 metric tons of relief food aid to address the needs of 2.6 million people in 74 districts, said the statement.

“This is one of the more severe droughts on record,” Dianna Darsney de Salcedo, a USAID official in the Ethiopian capital of Addis Ababa, told the Associated Press on Friday. “We are very concerned because of the number of failed rainy seasons successively on top of each other. The situation has not yet reached the level of famine but the needs assessment so far shows severe conditions.”

In addition to those needing food aid, Ethiopia has 7.9 million chronically food insecure people who are covered by the government’s Safety Net program, which is supported by the USAID and the donor community.

The East African country is currently facing a humanitarian crisis caused by below normal rainfalls in many parts of the country. The El Nino weather phenomenon has aggravated the situation and has cause low agricultural productivity and the deaths of domestic animals.

Ethiopia is experiencing its worst drought in 50 years, Save the Children said on December 9.