Terrorist attack in Paris claimed the lives of well over 120 people ; World stands with France 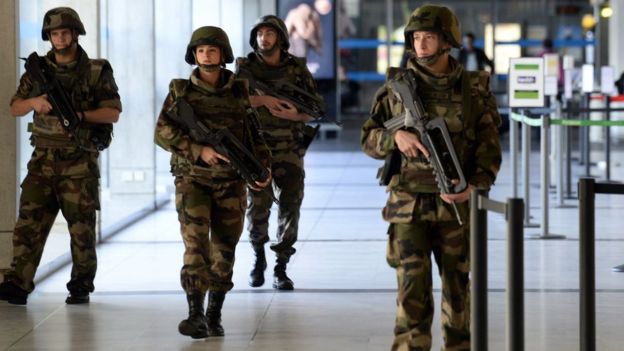 French security forces are now on the highest state of alert . Credit : BBC 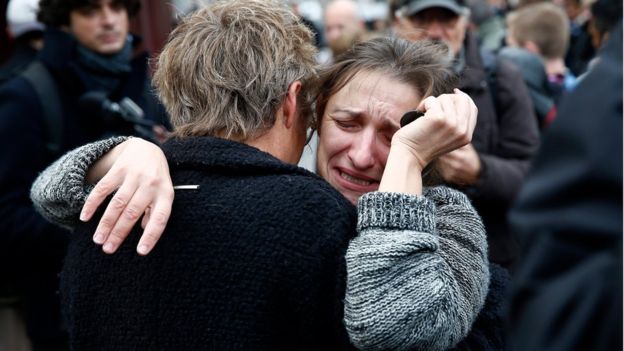 Paris is in mourning after Friday night's wave of attacks Credit : BBC

What appears to be a coordinated attack in seven locations in Paris claimed the lives of well over 120 people. The attack happened yesterday evening.

Millions took to social media expressing condolences and vowing to stand in support of people and government of France. Heads of states from Canada, Russia,United States and other European countries pledged support in all its forms including investigation of the attack.

Stade de France stadium was one scene where terrorists carried out carnage. Three suicide bombers exploded outside of Stade De France. Yet the attack in Bataclan concert hall -where a big audience was held hostage by terrorists- is worse. Some sources indicate that the death toll in Bataclan concert Hall alone is 100.

The Guardian reported that an arrest made in Germany is linked to the terrorist attack in Paris.

Islamic State,ISIS,claimed responsibility for the attack. According to RT, ISIS vowed to carry out more attacks. European countries already took measure to strengthen the security situation in their respective countries.

Meanwhile, there was another report that jungle refugee camp near Calais in northern France was set on fire hours after the attack in Paris. Mirror reported that as many as 600 refugees from Syria and North Africa live in the camp. Emergency personnel was on site to put off the fire. It is not determined as to what caused the fire at this point.