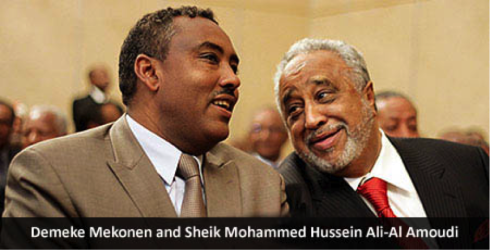 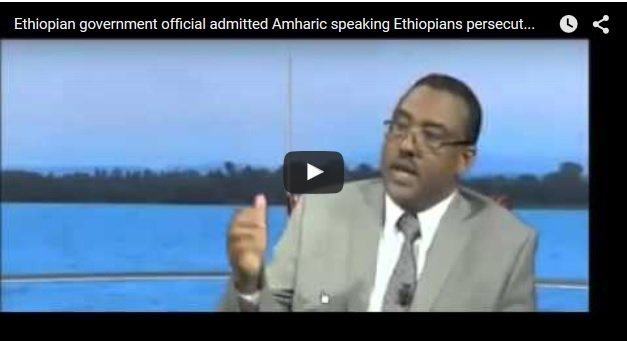 Barely a week after Prime Minister Hailemariam Desalege officially spoke against what he described as “racism” and “narrow nationalism” as reported by the Amharic Service of the Voice of America, Deputy prime minister Demeke Mekonnen came to the open to admit that Amharic speaking Ethiopians are persecuted in the Benshangul and Gambella regions of Ethiopia.

Deputy prime minister openly admitted that “Amhara” ,that is a reference to Amharic speaking Ethiopians,have become victims of illegal administrative practices and were persecuted in Benshangul and Gambella regions.

During the interview, Demeke Mekonenn asserted that the task of preventing persecution against Amhara is the duty of not only what he called the representative of Amhara people in the ruling coalition, which is dominated by the minority Tigrai’s people Liberation Front, but also members parties of the ruling coalition and their administrative structures.

Citing the constitutional rights of Ethiopians to live and work in every parts of the country, Demeke said that the attack on Amhara in Benshangul and Gambella regions were illegal.

Observers and analysts criticize the government as the sources of the problem and that what is manifested is only tip of the iceberg. It does seem to be the case that the dominant party in the ruling coalition – TPLF – is playing foul to effect a situation that affects Amharic speaking Ethiopians.

In the course of government propaganda campaign to depict ethnic based Federalism as the best arrangement Ethiopia has ever seen, Ethiopia’s past was entirely and purposely demonized – and with that Amharic speaking Ethiopians were negatively projected as “neftegna” and responsible for all the problems in the past. In addition, radical ethnic based organizations like Oromo liberation Front ( including Youth wing of it) projected Amharic speaking Ethiopians as enemy.

Some, including the writer of this report, believe that radical ethnic nationalists are working through ethnic based federal structure to mobilize Oromo speaking Ethiopians with hate propaganda all the way to the village. In consequence, there emerged a considerable ethnic radicalism and the targets are Amharic speaking Ethiopians. As cited above, prime minister of the country admitted that narrow ethnic nationalism is posing serious threat.

For some observers what is in the making is a large scale ethnic conflict – and government structure and extremist ethnic based opposition promoted the problem.

Amharic speaking Ethiopians have lived for ages in different parts of Ethiopia leading small and subsistence agricultural life. And in most cases targets of the persecution are these settled small scale farming communities.

No government allies in the west seem to be concerned at all about the situation. It is clear that the persecution is intended to cause psychological damage as well.

It remains to be seen whether government will do something serious about it or not.