The ICC has called for the arrest of Sudanese President Omar al-Bashir at an AU summit in South Africa. Al-Bashir is facing international charges of genocide and crimes against humanity. 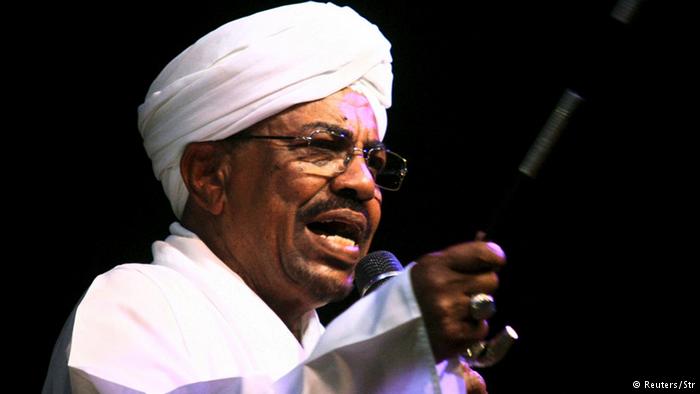 International Criminal Court (ICC) prosecutor Fatou Bensouda said South Africa was legally obliged to arrest al-Bashir and surrender him to the court at the summit starting on Sunday in Johannesburg.

If South Africa fails to carry out the arrest, the matter will be reported to the court’s assembly of states and the United Nations Security Council, she said.

Rights groups have echoed the ICC call for al-Bashir’s arrest.

“Allowing President al-Bashir into South Africa without arresting him would be a major stain on South Africa’s reputation on promoting justice for grave crimes,” Elise Keppler, acting international justice director of Human Rights Watch, said in a statement on Friday.

But African Union (AU) Commission spokesman Jaco Enoh-Eben said the AU would not compel any member states to arrest a leader on behalf of the court, saying: “It’s like arresting yourself.”

The ICC issued an arrest warrant against al-Bashir in 2009, accusing him of war crimes and crimes against humanity related to alleged atrocities carried out by the military and government-backed militias in the conflict in Darfur.

Al-Bashir was reported by various media sources to have arrived in Johannesburg to lead his country’s delegation to the summit.

Since the warrant was issued, he has made most of his international trips to states that have not signed up to the ICC, such as Saudi Arabia and Egypt. However, he has also visited member states that declined to arrest him, such as Nigeria, where he went in July 2013.

Sudan’s Darfur conflict, which erupted in 2003 amid an ethnic insurgency against al-Bashir’s government, saw 300,000 people killed and two million displaced, according to UN estimates.

The Sudanese army and government-backed militias – commonly known as the Janjaweed – are alleged to have perpetrated heinous crimes against civilians, including indiscriminate bombardment.

Al-Bashir has always denied his or his government’s involvement in the killing, and has himself estimated the death toll from the conflict at 10,000.

The two-day AU summit is also due to discuss the political unrest in Burundi, where violent protests have taken place against President Pierre Nkurunziza’s plans to run for a third five-year term.

The threat posed by Islamist militant groups such as Nigeria’s Boko Haram will also be on the agenda of talks, as will the issue of migration, amid the current flood of African and Middle Eastern migrants trying to cross the Mediterranean by boat to Europe.

Nearly 1,800 people have drowned so far this year during the attempt, according to the International Organization for Migration.