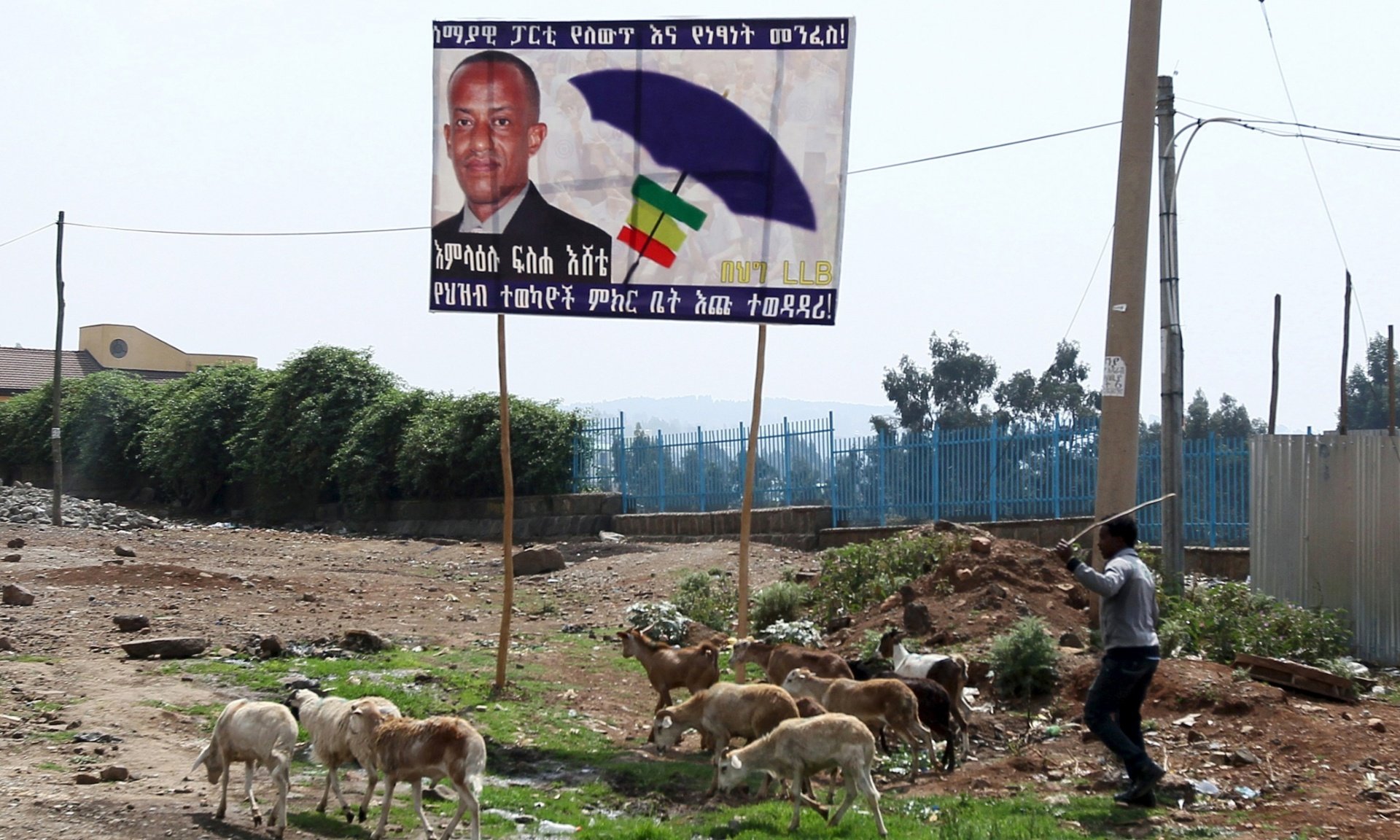 On the very day Ethiopia’s ruling party celebrated another crushing electoral victory, a young blogger on trial under anti-terrorism laws in an Addis Ababa courtroom lashed out at the authorities.

“You yourself should respect the law,” said Abel Wabella, 28, from the Zone 9 blogging group, after judges denied him the chance to protest against the tortuous pace of legal proceedings that began more than a year ago.

The case of nine journalists and bloggers arrested in 2014 has been decried by human rights groups as an example of Ethiopian authorities’ crackdown on dissent. The nine were detained on allegations that they worked for foreign human rights groups or had used social media to incite violence.

Prosecutors have yet to present any evidence of illegal activity against the Zone 9 defendants, who say they merely exercised their constitutional right to freedom of expression. Wabella’s frustration is symptomatic of a generation of politically engaged Ethiopians who have no faith in the ballot box and are wary of expressing dissent through other channels in a country that is regularly criticised by rights groups for stifling basic freedoms.

Opponents of the government despair at this stagnant environment, said one government critic on social media, who did not want to be identified for fear of being harassed by the authorities. “If Zone 9 is not tolerated then it seems there is no political space to engage,” he said.

The latest landslide at the ballot box means that Ethiopia will be ruled until at least 2020 by the Ethiopian Peoples’ Revolutionary Democratic Front (EPRDF), a former rebel group, which took power in 1991 by unseating a military regime. All 442 constituencies announced so far have gone to the ruling coalition, giving them a majority in the 547-seat parliament

The opposition lost in all 23 constituencies in Addis Ababa last month, including the one seat they had won in 2010. Local newspaper reports suggest the EPRDF increased its share of the popular vote by 10% to 64%.

Prime Minister Hailemariam Desalegn’s government says it has delivered economic development and stability, but critics maintain this has come at the cost of human rights.

Yilkal Getnet, leader of opposition rising star the Blue party, says the claims of economic development are “not real”. The Blue party captured 16% of the vote in Addis Ababa this time, but failed to secure a seat under the first-past-the-post electoral system.

Getnet says the opposition’s plan is to push for “freedom first” rather than challenging the government’s policies.

Abel Asrat, an online entrepreneur who is politically independent, said the Blue party shrewdly capitalised on popular anger over the execution by Isis militants of Ethiopian migrants in Libya in April.

But the party, which was formed in 2012, now needs a more substantial and moderate programme, he said. “The vast majority of the voters are in the middle. You have to focus on them rather than those that have made up their mind.”

With more than 2 million Facebook users in Ethiopia, the opposition should also use social media more to reach out to young undecided voters, Asrat said.

Continue reading on The Guardian