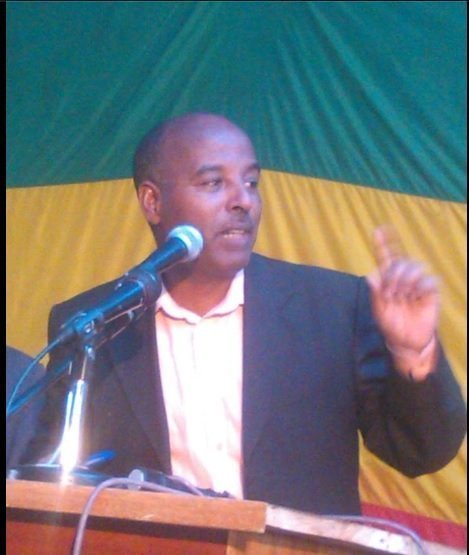 Addis Ababa -Ethiopian court acquitted renowned opposition figure and president of All Ethiopian Unity Party (AEUP) -Mamushet Amare. Friends in the party and supporters of Mamushet eagerly awaited to see him out of jail following court ruling only to hear the news that Police repudiated court ruling and arrested Mamushet Amare again -sources close to the party updated the Ethiopian community on social media.

At a time Mamushet was supposed to see his family and friends, police rather sent him to Addis Ababa Police Commission head quarter in the capital, and was later transferred to 3rd Division Police Station .Mamushet appeared, according to the report, at Arada first instance court earlier today.

New charge against Mamushet is not different from the charge he was acquitted of.
[adToAppearHere]
He was charged with organizing the youth for violence during the massive protest against ISIS in Addis Ababa last month following the horrifying killings of 28 Ethiopian Christians in Libya, and recruiting youth for a guerrilla armed struggle.

The court that acquitted Mamushet established the evidence that Mamushet was actually in court for a civil proceeding related to the National election board during the day which police said was instigating the violence in Addis Ababa.
Many in Ethiopia believe that the justice system in Ethiopia is merely sham. Yet, it is still bizarre to see Ethiopian police not complying with court ruling and sending a free man to a different court again. It remains to be seen if Arada First Instance Court will send Mamhushet to jail.

A few months into the Ethiopian election, Mamushet Amare was arbitrarily stripped off his legitimate leadership role of All Ethiopian Unity Party by National Electoral Board of Ethiopia which he was battling in court.