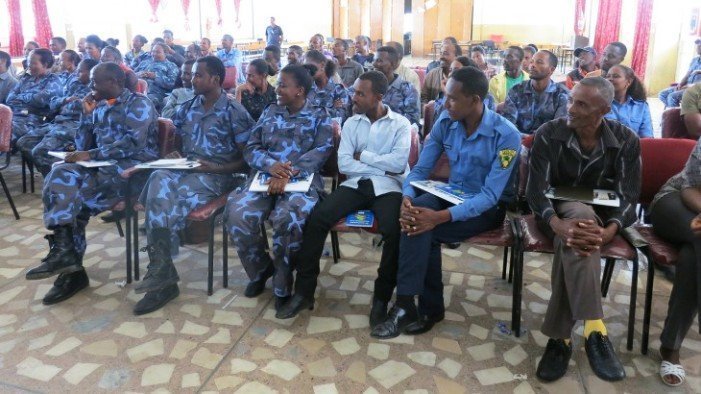 Addis Ababa. Participants from the Ethiopian federal police listen to an explanation of the principles of proportionality in using force. CC BY-NC-ND/ICRC/Mamush Asfaw 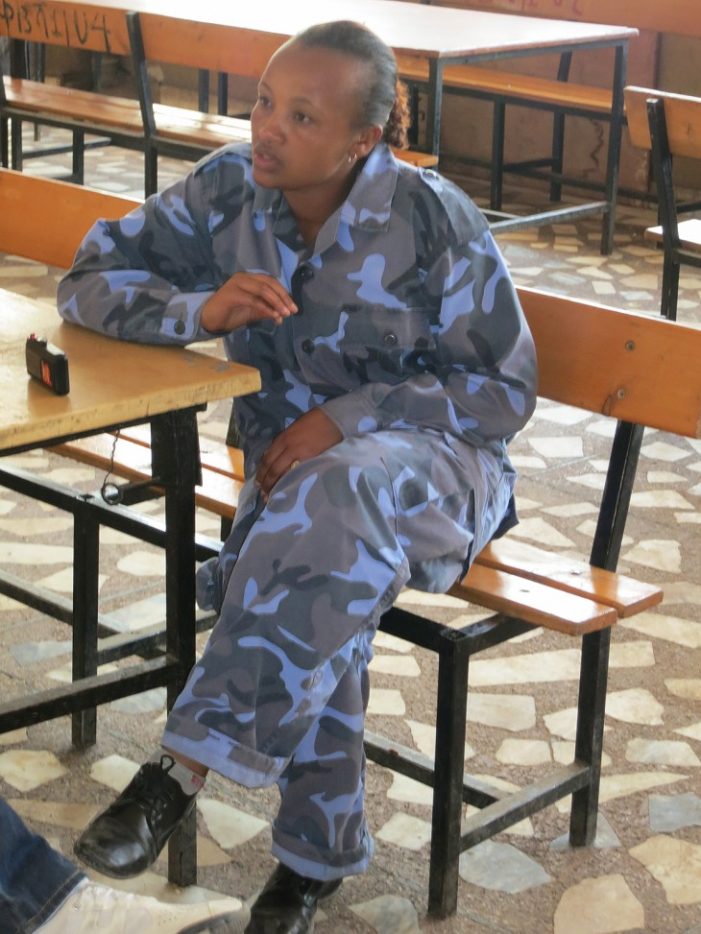 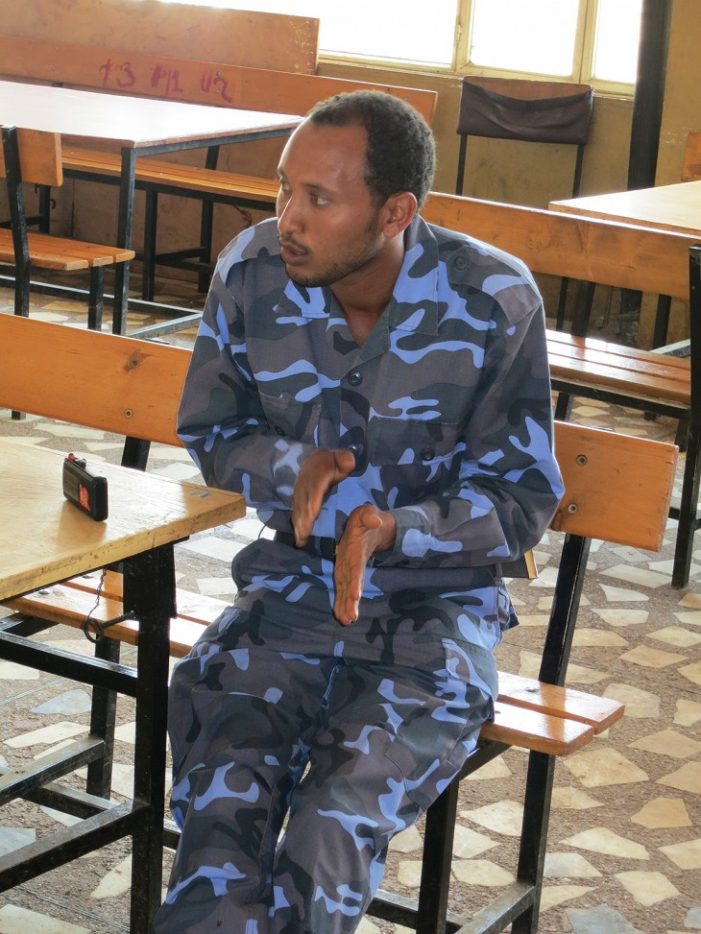 Sixty-eight members of the Special Force of the Ethiopian federal police widened their knowledge of international human rights standards and humanitarian principles for policing. A two-day seminar organized mid-March in Addis Ababa also provided an opportunity for the members, who are also responsible for keeping peace & security during riots, violence and demonstration, to learn more about the ICRC.

The seminar, held in Addis Ababa in March, was attended by 68 police officers whose responsibilities include security during riots and other situations of violence.

Michael Dynes, ICRC delegate in charge of the seminar, explained: “The workshop constituted an important prevention effort. With general elections taking place in Ethiopia in May, it is important that police forces have a good knowledge of humanitarian principles. We hope that there will be no violence but it’s better for the police to be fully prepared.”

Among other topics, the seminar, organized by the ICRC in cooperation with the Federal Police Commission, covered subjects related to police responsibilities and powers, the use of force and police ethics. “I was pleased with the active participation and the quality of the discussions. The participants expressed their commitment to put into practice what they learnt in their daily activities,” said Mr Dynes.

Deputy sergeant Gebeyehu Asmare of the law enforcement and security division of the Federal Police Commission remarked: “The training session will help us to build our capacity of applying international policing standards in our work, which in turn will enable us to achieve our organization’s primary purpose – to serve and to protect the public.”

Deputy sergeant Gebeyehu also noted: “The discussion was both inspiring and unforgettable, for most subjects, like the use of force, were supported by demonstrative acts presented by participants and a relevant documentary film.”

Speaking about the ICRC, he pointed out: “I didn’t know the ICRC stands for victims of conflict – working to alleviate their suffering and provide them with assistance. Also, I learned its seven principles, consisting of neutrality, humanity and independence, which govern its activities.”

“I now have a better knowledge about international human rights standards and humanitarian principles like humanity and proportionality,” said deputy sergeant Marta Melese, who works with the law enforcement and security division, adding, “This should enable me to discharge my responsibilities with greater confidence and efficiency in the future. I also believe that the input from the seminar will increase a sense of professionalism and ethics among us.”

She added: “The question ringing in our minds as to why the ICRC visits detainees was answered at the seminar, for I learnt that these activities are at the heart of its mandate.”