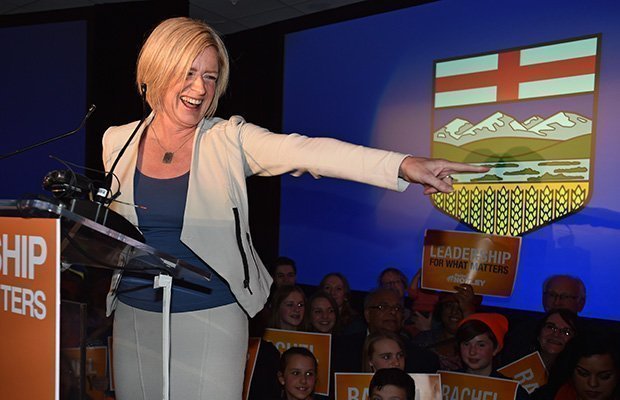 The dramatic remake of Alberta’s political map marks the first time since 1971 that Albertans have handed power to a new party in a provincial election.

“Albertans have voted for change,” Notley said to a ballroom packed with jubilant supporters at Edmonton’s Westin Hotel. “One of the changes they voted for is a new kind of respect and a new kind of relationship with their government.

“Our legislature belongs to you.”

Jim Prentice immediately resigned as Tory leader and, in a short speech, said he will not stay on as MLA, despite winning his Calgary-Foothills seat.

“While I’m personally saddened by the decision, the voters are always right in our democracy,” Prentice told about two dozen supporters in Calgary.

The Notley-led New Democrats become only the fifth political party to govern Alberta since 1905, in a province that has a history of handing repeated massive majorities to a single party and then banishing them to the political wilderness. Until Tuesday, the most significant NDP success in Alberta was the 1986 and 1989 elections, when 16 NDP MLAs faced off against PC majorities.