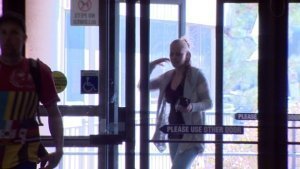 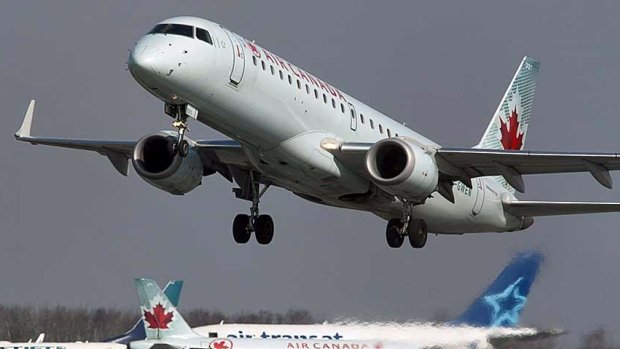 A woman accused of committing a sexual act on an Air Canada plane that subsequently landed at the Halifax airport has been convicted of all four charges against her.

A judge found Alicia Elizabeth Lander, 26, guilty of committing an indecent act in public, causing a disturbance, assaulting a police officer and mischief to property. She had pleaded not guilty to all four charges.

She is due back in court July 14 to be sentenced.

Lander and Jason George Chase, 39, who are both from the Halifax area, participated in an indecent act aboard the plane on Jan. 24, 2014.

During her testimony today, Lander said she didn’t remember what happened until she read the court’s disclosure.

“I have no memory of the plane really at all,” she said.

No memory not a defence


However, Judge Timothy Gabriel said he didn’t believe Lander, calling her behaviour “self-indulgent” and “off the wall.”

“As the judge indicated in his decision …, he found, based on the evidence, that she intended to commit the act. The fact that she didn’t remember is insignificant. She was drinking, she remembers exactly what she had to drink, but no memory of anything else other than that.”

Byard said the Crown will likely not seek jail time but said, “This all probably could have been avoided.”

“The RCMP have to speak for themselves, but if she had only co-operated and spoken to them, she might not be here today. Essentially, the judge said it was her actions that caused the other things to happen. It snowballed, and here she is with four charges against her that she was found guilty of.”

“She wanted to have her day in court,” said Byard. “She had it. Judge didn’t believe her. He wasn’t left with reasonable doubt. He believed the five witnesses that testified.

“The public has the right to travel on an aircraft and not put up with this type of behaviour and not have to go to the airport and deal with people screaming and yelling and assaulting police officers when they’re just doing their jobs — and the same with people on the aircraft.”

In court, Lander testified: “I feel ashamed …. It’s not my character.”