The incidents that claimed the lives of innocent Ethiopian immigrants in Libya, South Africa and Yemen will undoubtedly linger in the memories of Ethiopians for years to come.

Besides the horrifying nature of the incidents, the very factors that compelled young Ethiopians to leave their beloved country, family and friends behind, which is pursuit of hope to change not only their own lives but also the lives of their parents and siblings, will continue to remind Ethiopians

Poverty is not entirely an economic issue ; there is a political dimension to it. When economic structure effects affluence and surplus for the few while pushing millions to the realm of absolute poverty thereby making millions desperate in and with their own country and pushing them to leave it behind, then there is something fundamentally wrong with the politics of the country.

Adera is a new single released by a group of Ethiopian artists. Among others, Berhanu Tezera and Hibist Tiruneh made song possible in a matter of a week after the news that shocked Ethiopia in unprecedented way.

In this song, recounting the tragic end of pursuit of “hope” ( just a hope to live with dignity), the artists question as to Who is responsible for the lives of Ethiopians perishing like that. This is the same theme that artist and poet Getnet Eneyew resonated in his recent poem except that he answered it himself : “We are responsible!” The malaise plaguing the society can never be understood without considering governance problems – which takes us to the realm of politics.

The significance of this tribute song lies in its effort to remind Ethiopians about the origin of the problem as much as it lies in making Ethiopians to imagine the pain migrant Ethiopians went through. Even their death is made to be painful and dehumanizing. WHo is gong to forget that? who can afford to forget the root cause?! 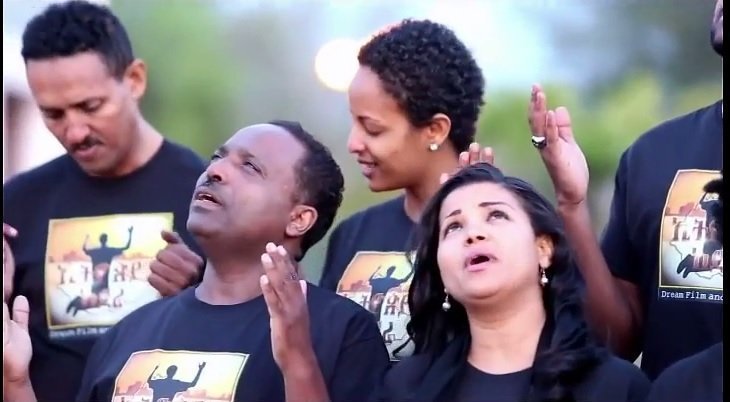