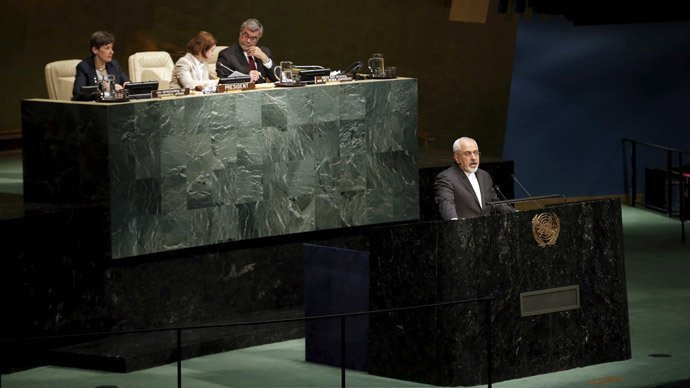 Iran has demanded that Israel give up its “nuclear weapons”, as it spoke on behalf of the 120-nation Non-Aligned Movement. Iran’s Foreign Minister, Mohammad Javad Zarif said the bloc also wants a nuclear free-zone in the Middle East.

Mohammad Javad Zarif was speaking at the United Nations for the non-aligned group of countries. Israel has never admitted or denied the widespread assumption it has nuclear weapons. However, Zarif says Israel’s assumed nuclear arsenal was a threat to regional security.

The Iranian Foreign Minister said the non-aligned movement regards Israel’s nuclear program as, “a serious and continuing threat to the security of neighboring and other states, and condemned Israel for continuing to develop and stockpile nuclear arsenals,” according to Reuters.