‘They didn’t deserve this’: three children and mother killed in Tisdale 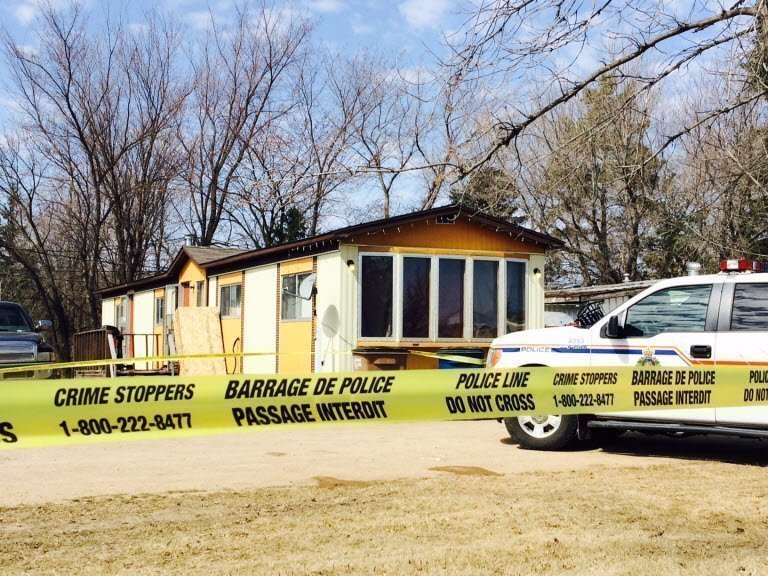 TISDALE –Five people, including three children under the age of nine, are dead in what appears to be a murder-suicide in the northeast Saskatchewan community of Tisdale.

In addition to the grisly scene at a Tisdale trailer park, where the four bodies were found early Wednesday morning, a six-month-old infant was found unharmed in the same Prince Albert residence that the body of the suspect in the homicides was located.

“It’s devastating. They didn’t deserve this,” said Trevor Davis, who lives in the trailer three doors down from the murder scene.

“This is horrible,” added neighbour Lorna Townsend, near the scene of the homicides on Wednesday.

RCMP in Tisdale was called Tuesday around 5:40 p.m. about a woman and her three children, who hadn’t been accounted for all day. Around seven hours later, police found the four bodies. Investigators traced the suspect to a residence in Prince Albert, where officers found his body Wednesday around 6:20 a.m.

According to Davis and Townsend, the three children found dead in Tisdale were the woman’s from a previous relationship. The man and woman found dead had the surviving infant together.

Davis and Townsend said the family’s children could often be seen biking or playing in the alley or adjacent field with neighbourhood children.

Townsend said he heard police cars racing to and from the scene early Wednesday morning. An officer told him they were rushing to obtain a search warrant and entered the property after they did so.

Davis said police were rarely called to the neighbourhood but they had come to the same trailer several days ago. Loud screaming and yelling could be heard inside the trailer at that time, he said.

“It’s a shocker,” said the manager of the Wicks’ Mobile Home Park and Gas Bar on the edge of the town. Looking out his window, he said he could see several RCMP cruisers parked near one of his trailers surrounded with yellow tape.

He wouldn’t give his name, but said the dead woman and children had lived in one of his rental trailers for the past eight months, along with her husband and a young baby. He described them as a quiet and friendly family.

“I was called to come down at midnight and asked if I had a spare key for the place.”

He said the husband of the dead woman was also there and appeared very distraught.

At a press conference in Tisdale, RCMP would not confirm the names of the victims or the relationship between the man and the four others found dead.

RCMP said the suspect was not the owner of the residence where the homicide took place but was known to the owner.

In the hours after the heartbreaking story began to unfold, several RCMP cruisers sat in a trailer park in the town’s north end, Tisdale resident Kenny Sherlock said on Wednesday. The trailer park, with approximately 30 units, is located across the street from Sherlock’s restaurant, Gus’ Greek Ribs.