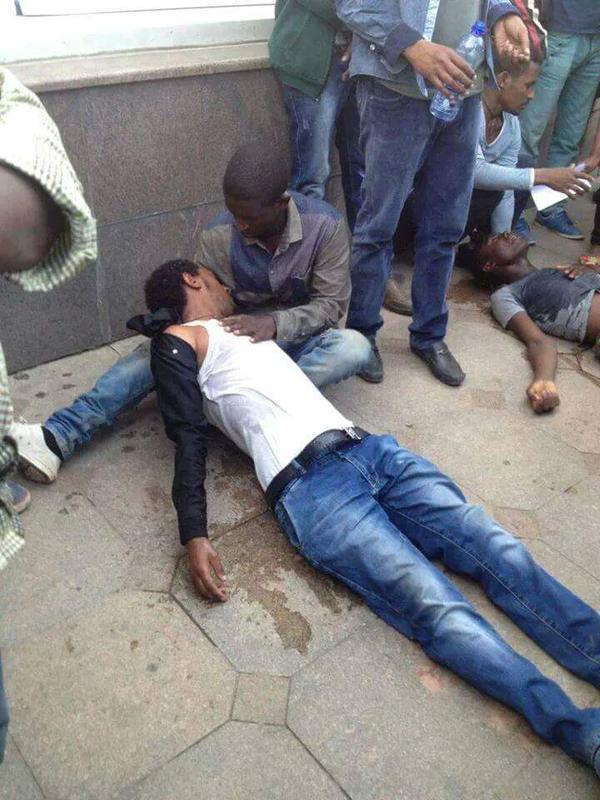 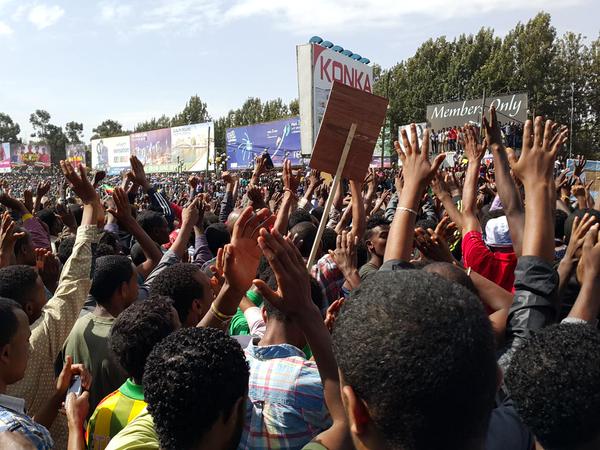 There was a peaceful demonstration in Addis Ababa this morning ( April 22,2015) in opposition to ISIS murder of innocent Ethiopian Christians in Libya.

The series of incidents against Ethiopians in Africa and Middle East is apparently emboldening Ethiopians to be more vocal in expressing how weary they are with government policies. Even the Ethiopian government knows it that it does not have public trust – perhaps a possible reason that it has to stick to repression.

Clearly, hundreds sustained wound from police attack but no report of death at this writing. Incidentally, many Ethiopians on social media seem to think that the police attack today not only demonstrate that the government has a reason to disregard the constitution as it can not function without constant and regular use of structures of repression but also feeds up the level of suspicion Ethiopians have on the government. Evidently, the number of Ethiopians who consider the government as mercenary and a group of looters from an ethnic based villages in northern Ethiopia is not small.

However, based on report from ESAT and citizen report on social media, it seems the case that police made Massive arrest.

Readers will be updated as more information becomes available