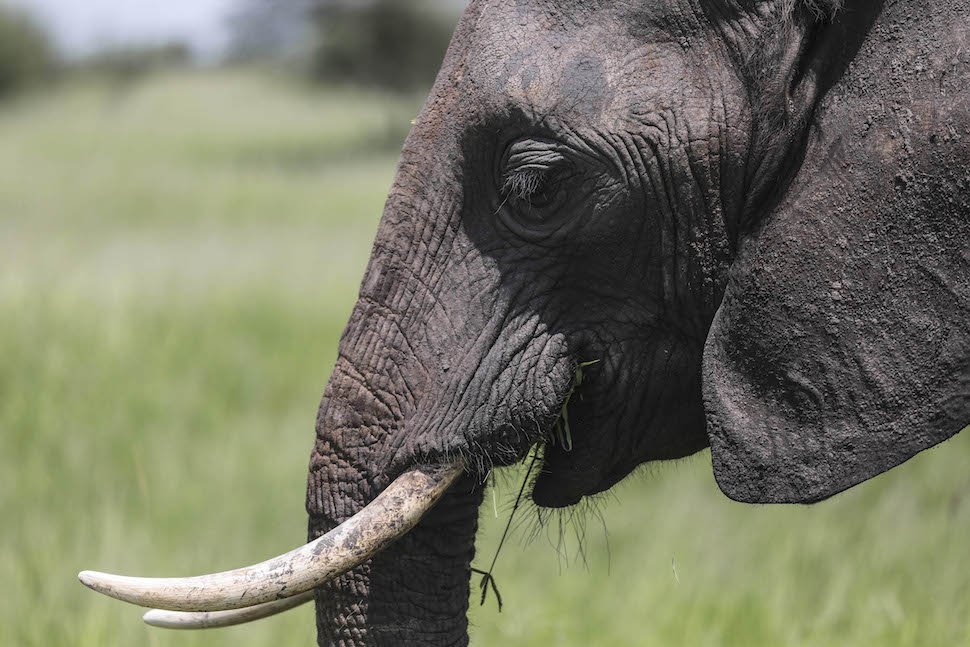 Gibson was leading an elephant hunt in the lower Zambezi valley and attempting to get a closer look at the ivory of this particular elephant, who happened to be in “musth,” a mating condition that leads to hyper-aggression. The elephant charged, and Gibson shot the animal before being crushed to death. The condition of the elephant remains unknown. According to The Telegraph, Gibson had already killed a leopard that day.

Gibson was employed by Chifuti Safaris. Managing director Paul Smith told The Telegraph: “We don’t yet know the full details of how ‘Gibbo’ as we called him, died, as the American client and the trackers are still too traumatised to give us full details.” Smith categorized the area, Chiwore North, as being “overpopulated by elephants,” an interesting interpretation of the country’s current ecological situation.

The Chifuti Safaris website is creepy at best, featuring a collage of clients posed happily with dead lions, dead hippos, dead elephants. According to their home page, “Operating in the most prime hunting concessions in the country, Chifuti Safaris has made their reputation by offering the finest in classic dangerous game hunting available in Africa today.” Why do these places still exist? Why on earth is someone sacrificing their life to shoot a fucking elephant?

Although big game hunting ostensibly brings in money for conservation projects, and although Smith characterized big game hunters to The Telegraph as the first line of defense against poachers, I’m having a hard time seeing how they aren’t, in many ways, worse—these people aren’t killing for money, but for fun. For the thrill of it. Watching the video on the Chifuti Safaris homepage, it’s clear that this operation is peddling in some whacked out form of retro Tom Cruise-ian masculinity. It quickly becomes pretty horrific; if you can’t handle seeing terrified animals get shot in the head so some horrible rich person can feel like a Big Man, you’re probably better off not watching.

However, if you are interested in taking a quick peek at the moral degradation of humankind, here you go: