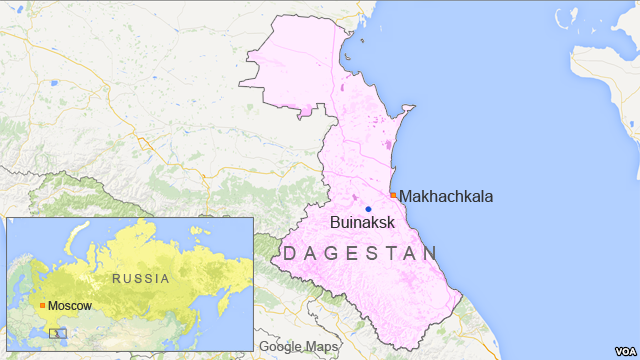 Russia said Monday that its security forces killed the head of an Islamist insurgent group in the restive North Caucasus region.

The National Anti-Terrorism Committee reported that Aliaskhab Kebekov, the so-called “emir” of the Caucasus Emirate group, was killed Sunday along with four other insurgents, including two other senior members, during a special operation near the town of Buinaksk, in the republic of Dagestan.

Russian media showed footage of a house, apparently in which the militants were located, being blown up.

The rebel website Kavkaz Center confirmed Kebekov’s death, saying he had become a “martyr” as the result of “an unequal battle” with Russian security forces.

A native of Dagestan, Kebekov was the Caucasus Emirate’s “qadi,” or supreme religious authority, and became the group’s leader in March 2014, following the death of its founder, Chechen rebel leader Doku Umarov.

The Caucasus Emirate seeks to end Russian rule in the North Caucasus and establish an Islamic state in the region.