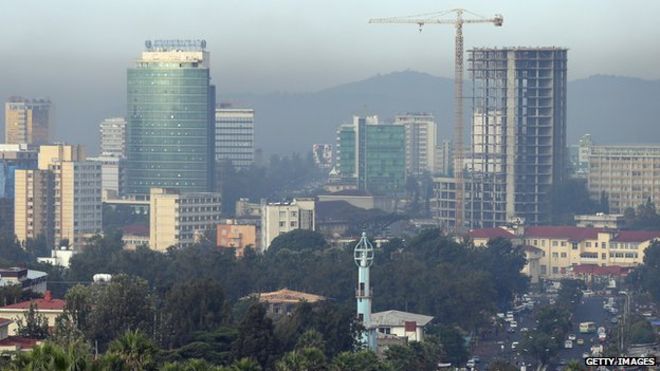 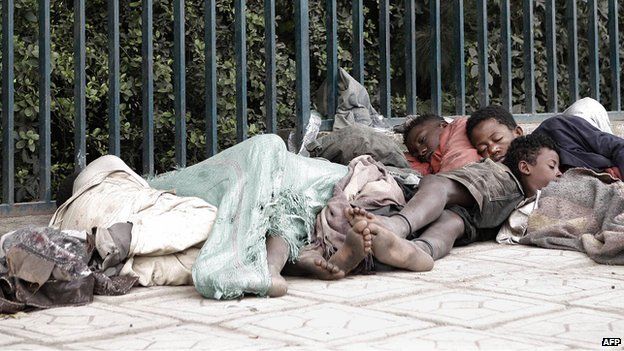 This photo is from 2007, but homeless people are still seen on the streets of Addis Ababa /AFP 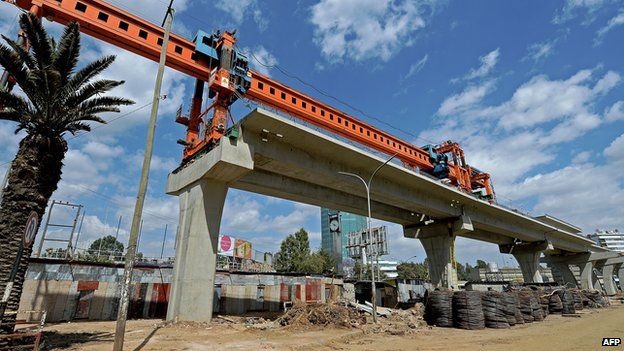 A new monorail is one of the big buiding projects /AFP 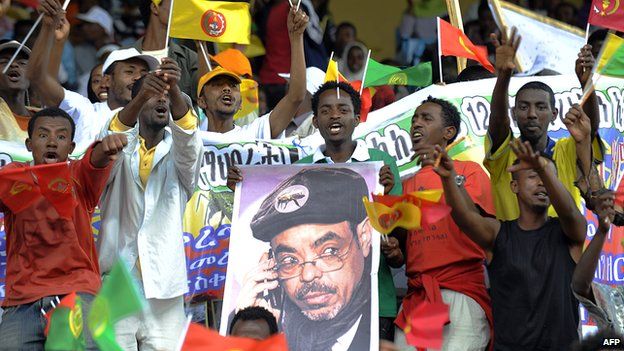 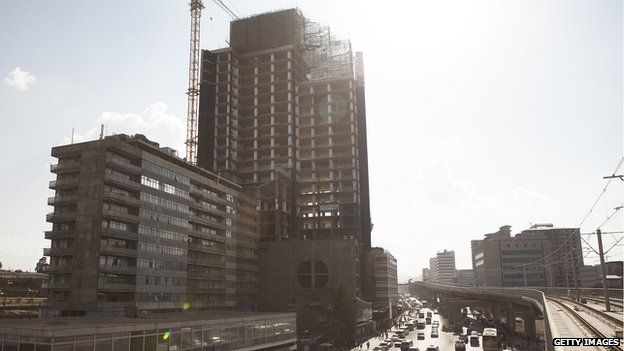 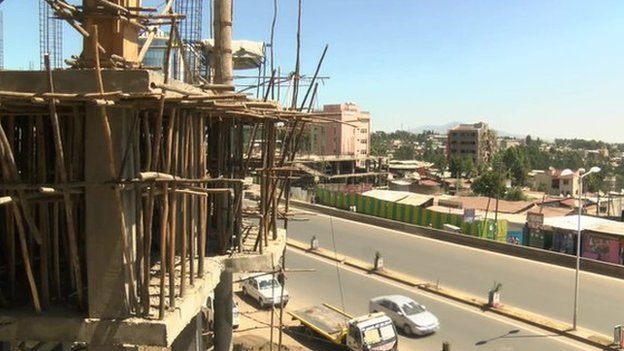 But many of the new office and apartment blocks are empty 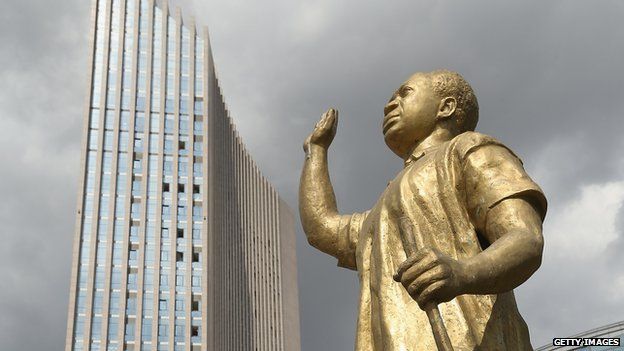 Ethiopia is proud to host the African Union headquarters

Whenever we set up our camera and flapped open our sun reflectors in Ethiopia’s capital, Addis Ababa, passers-by became curious and eager to help.

But getting them to talk on camera was another matter as in general residents of the city are reticent and keep their views to themselves.

We were filming in Addis Ababa for a programme charting the changes in the country, yet it was only on the flight back to South Africa that I met an Ethiopian willing to be candid.

I found myself seated next to an inquisitive elderly Ethiopian woman, who was chatty despite the early morning departure.

However, she was not so open as to be willing for me to mention her name here.

She wore a green twin-set, leggings and woollen socks with her loafers. After the rigorous security checks, she took the socks off, saying she only wears them to keep her feet clean at the end of the security protocols.

She reminded me a bit of my mother, both caring and bossy all in one person.

During the flight, she cut me a portion of her fruit and insisted that I eat every morsel; her stern gaze suggested that I had no choice.
‘Foregone conclusion’

We talked about a lot of things, including my impressions of Nigeria, especially following the ground-breaking presidential election there when the incumbent lost.

She was proud of the manner in which Nigerians had used their vote to make a strong statement about their government.

I replied that perhaps if Ethiopians have strong views about the ruling party – the EPRDF, in power since 1991 – then they could also do the same when elections are held in May.