During the men’s steeplechase race at the Pepsi Team Invitational, Oregon’s Tanguy Pepiot thought he had the race all locked up. He coasted the last 100 meters or so, waving to the crowd, getting them all riled up for his win.

He didn’t see Washington’s Meron Simon coming up behind him.

As Pepiot waved to the crowd and smiled for the cameras, Simon closed at a near sprint and won the race.

Pepiot could do nothing but feel awful. 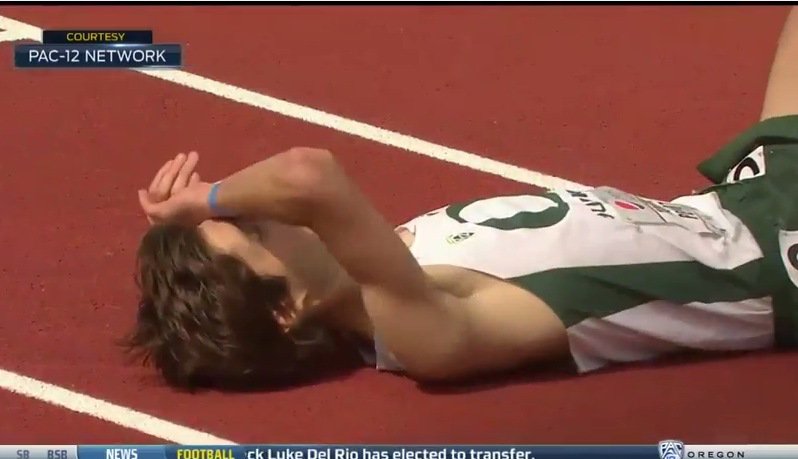