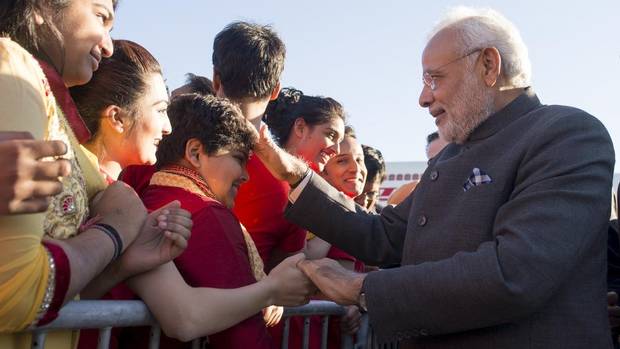 Rattan Mall was a young student at Delhi University in 1973, when Indira Gandhi, the last Indian prime minister to visit Canada, conducted a dazzling tour that seemed to signal a new era of co-operation between the two countries.

Instead of a breakthrough, however, the bilateral relationship cooled dramatically in 1974, when India violated an accord by testing a nuclear bomb using plutonium produced by a CANDU reactor, and the connection was further strained in 1985, when Canadian-based extremists bombed Air India Flight 182.

Forty-two years after Ms. Gandhi’s tour, Mr. Mall and many other Indo-Canadians are wondering if the promise offered then will be realized now by the visit of Prime Minister Narendra Modi, a controversial Hindu nationalist whose right-wing Bhartiya Janata Party (BJP) swept to power in India last year.