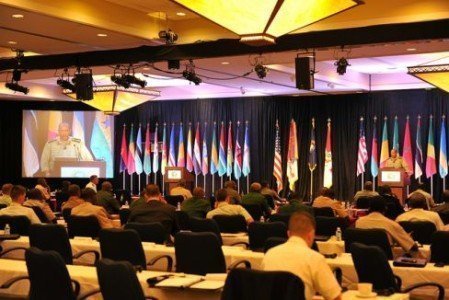 The original version of this article first appeared in
Addis Standard.

Ethiopia’s absence of a long-term and substantive policy toward the African Union (AU) has resulted in a missed opportunity to establish a more robust and well-formulated long-term engagement in regional issues. Implementing a full-fledged strategy toward the AU that proactively addresses challenges with foresight is not only vital for Ethiopia’s economic transformation, peace, and stability, but is also important for the security of the entire continent.

Legally and substantively, the AU is a body of 54 African states with a goal to create a continental normative, institutional, and procedural framework. As stated in the AU Constitutive Act, the AU’s policy-making and implementation organs look for an overlapping consensus on promoting and protecting shared concerns, including peace, security, human rights, and sustainable development. In other words, the AU offers opportunities for countries like Ethiopia to influence and shape continental policies that can have both a national and regional impact. However, due to a weak nomination process and non-existent campaigning strategy, Ethiopia has unsuccessfully put forward candidates for leadership positions in key areas of the AU Commission, such as the commissioner of peace and security in 2012 and the commissioner of political affairs in 2003.

Moreover, although Ethiopia recently established a well articulated foreign and security policy called the Foreign Affairs and National Security Policy and Strategy (FANSPS), it does not bestow the necessary emphasis on the Organization of African Unity (OAU) and the AU. The FANSPS was formulated by the Ethiopian government as a response to Eritrea’s invasion of Ethiopia in May 1998. Prior to this war, the OAU/AU was not a high priority for Ethiopia. And even after the war, FANSPS continues to focus on avoiding diplomatic restrictions that emanates from the AU organs, instead of actively engaging with them. FANSPS has adopted a short-sighted policy position, focusing on responses to immediate threats, rather than on the long-term goals of placing Ethiopia’s leadership in the AU.

The current governing body, Ethiopian People’s Revolutionary Democratic Front (EPRDF), has established a more appropriate policy orientation that primarily focuses on domestic issues. However, this focus has led to underestimating opportunities offered by the AU. The EPRDF believes that both the AU and the Intergovernmental Authority on Development (IGAD) are key platforms for solving regional challenges to the extent that they affect Ethiopia’s internal governance and development problems. Consequently, Ethiopia’s approach to the AU and continental affairs has been and continues to be unambitious and self-restraining, unless directly affecting Ethiopia’s developmental agenda. 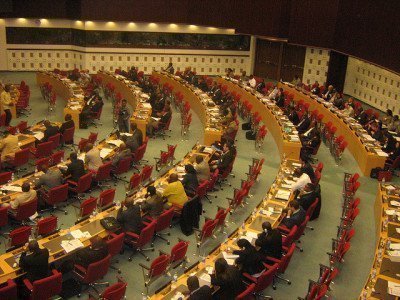 Despite the absence of a full-fledged policy toward the AU, Ethiopia has consistently made unique contributions to the AU in the past five decades. With more than 12,000 peacekeepers in the regional United Nations and AU missions, Ethiopia is the leading African contributor to United Nations and AU peacekeeping missions. In addition to its active role in past and current mediation efforts in South Sudan and Sudan, Ethiopia has been and continues to be the chair of IGAD and AU organs. Since May 1963, Addis Ababa served as the headquarters for the OAU, which was replaced by the AU in 2002. As Africa’s diplomatic center and as the headquarters of the AU, Ethiopia has, as FANSPS noted, a “special responsibility for the organization.” Addis Ababa hosts the annual January summits for the most important AU organs and Pan African institutions, including the AU Assembly of Heads of State and Government, the permanent meetings of the Peace and Security Council, and the United Nations Economic Commission for Africa, to name a few. During the January AU summits, Addis Ababa hosts around 7,000 delegates and more than 40 heads of state.

What constitutes “special responsibility,” however, has not been clearly defined. Despite being the seedbed for Pan Africanism, the principal force behind the establishment of the OAU, and the host of the AU for five decades, Ethiopia lacks a self-contained comprehensive policy toward the AU that clearly articulates its national interests and how to strategically pursue these interests with the AU.

In order to maintain and increase Ethiopia’s influence in the AU, Ethiopia needs to establish strategic long-term policies and institutions. Efforts need to focus on rethinking the goals of and reorganizing the structure of FANSPS to ensure Ethiopia effectively contributes to and promotes its interest at the AU. A forward-looking agenda towards the AU should ultimately detail how Ethiopia needs to promote economic opportunities, proactively deal with threats, pursue multilateralism, and foster peace and stability in Ethiopia and neighboring countries.

Abel Abate Demissie is a senior researcher at the Ethiopian International Institute for Peace and Development (EIIPD).

[Photo courtesy of US Army Africa and Radio Okapi]