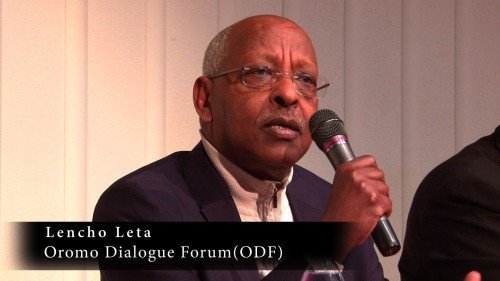 Barely a week after confirmed news of Lencho Letta’s return to Addis Abeba after decades of political exile, a report is emerging that the authorities in Addis Ababa ordered Ato Lencho and his political entourage of ODF ( Oromo Dialogue Forum) to leave the country.

Well, that escalated quickly. Unconfirmed reports that the ODF delegation led by Lencho Lata had been told to leave #Ethiopia. #Oromo #fb

Earlier there were rumors that Lencho Letta was even given warm reception.

While in exile Lencho was a foe to TPLF leader although they both revolve around radical ethnic political orbit.

No detail emerged so far as to exactly when Lencho Letta was told to leave the country and as to when he is leaving the country.

Lencho Letta is implicated in the massacre of hundreds of Amharic Speaking Ethiopians in South Eastern Ethiopia in the immediate years following take over of power by the ruling party.