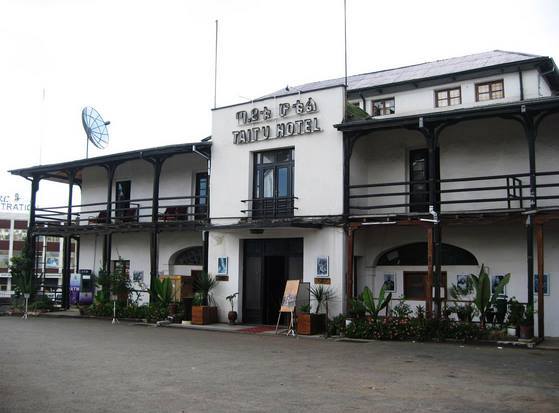 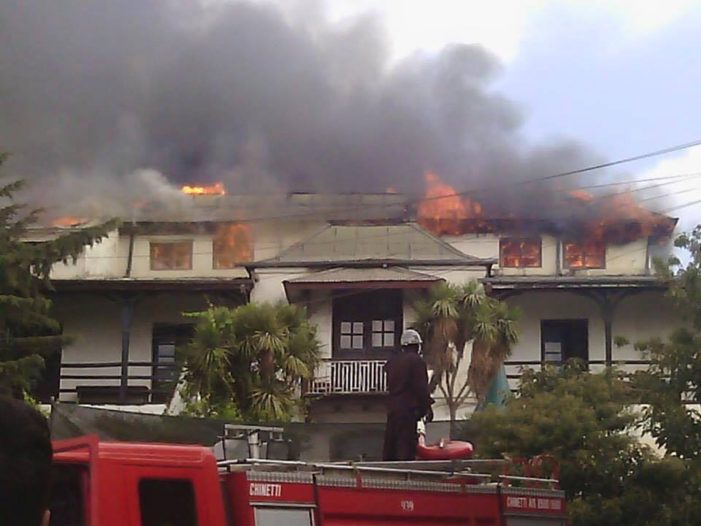 Addis Ababa – The first hotel in Ethiopia which was founded well over a century ago against the current of conservatism and named after Empress Taytu, a hero at the decisive battle of Adwa and a women of immense wisdom, is torched in what rather appears to be an act of politically motivated and orchestrated arson.

According to eye witness accounts shared on social media, the fire started this morning. The hotel is virtually destroyed but no causality is reported at this writing.

It took over an hour for the fire brigade, which is in proximity, to even arrive on site.

Efforts to put the fire down in the early stages by concerned youngsters in the city who rushed to the scene was reportedly aborted by police on site as police was prohibiting that not to happen.

With its unique and charismatic architecture located in the center of the city,Piazza, the hotel is very much valued among Ethiopians as historical relic and a piece of Ethiopian history. In recent years, the hotel was, among other things, even serving emerging poets in jazz poetry evenings.

Skepticism is high about the incident and fingers are pointed at the usual suspect – the Ethiopian government which is dominated by minority TPLF ethnic chauvinists. For many, the hatred of the ruling party towards Ethiopia has empirical evidence.

Yet, the image of the ruling party circulating in state controlled media and affiliated agencies is that of a government devoted to “develop Ethiopia.”

Much of deconstruction of Ethiopia is done in the realm of history. Not only that interpretation of history is politically motivated and in the hands of politicians but also the regime in power systematically closed down undergraduate program of the department of history at the country’s first institution of higher learning – Addis Ababa University.

And artifacts of historical significance in the city are made to fade away in importance through the rhetoric of “development.” The Statue of Abune Petros, for example, Ethiopian martyr who sacrificed his life with immense valor, pride and ultimate loyalty to Ethiopia during the fascist occupation of Ethiopia was removed from its location on alleged grounds of rail road construction.

Recently, ancient books from the Ethiopian National Library were being sold for $0.50 a kilo and it was a government body doing that.

While features that remind citizens the Ethiopia that stood taller in the face of colonialism are made to vanish like that, propagation of “visionary leader,” and Ethiopia as a making of TPLF leaders is bubbling only not to make it to the ground.

Will the historical significance of Taytu fade with its destruction? It remains to be seen.