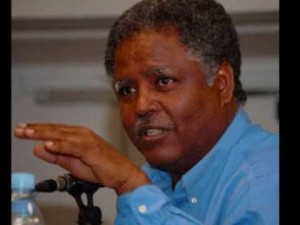 Clearly the video is amateurishly edited.  Image and sound is poorly synchronized.

While the voice of Andargachew tells a story of sadness, signs of physical torture are not visible on the face.

Andargachew Tsige was abducted in June 2014  from international airport in Yemen by Yemen security forces while on transit to Eritrea.

Although not confirmed by independent sources, there is speculation that that the regime in Ethiopia spent millions of dollars for the abduction.

Andargachew was sentenced to death by the government of Ethiopia long before he was abducted.

The government of UK ,for whom Andargachew is a citizen, is allegedly working in the diplomatic front to ensure the safety of Andargachew.