“Love is gonna win!” : Teddy Afro Kicked off his concert tour in Oslo 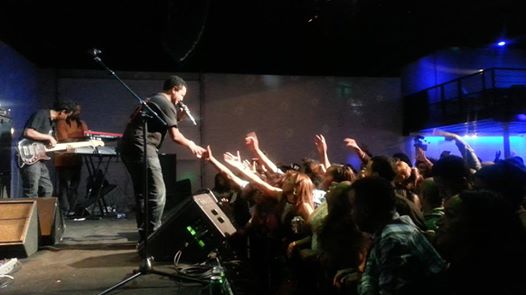 More than a week after Teddy Afro,Ethiopian Music star,was denied exit visa from Addis Ababa for reasons not yet spelled out by the authorities who barred him from flying when he was about to board the plane, Teddy made it to Oslo to kick of his concert tour in Europe. The public does not know much either how Teddy was given back his passport which was apparently confiscated for more than a week.

Status update on Teddy Afro ‘s facebook page
indicate that he had a successful concert in Oslo Norway yesterday.

Stockholm is his next stop for the weekend of European Christmas and many Ethiopian are looking forward to join him in Stokholm.

“With the will of God, I hope to see you in Stockholm next Saturday” wrote Teddy in his Facebook update.

Teddy Afro makes headlines in Ethiopian News and Social Media time lines not just in the aftermath of release of his single or album but also in a political way as a victim of the regime in power and radical ethnic groups – a trend that never drawn Teddy Afro into pessimism. His trade make chant echo “fikir Yashenfal” – literally means ” Love is gonna win!” , implying not hate!

In recent past, Coca-Cola and Heineken made a deal with the singer to make concert tour at the opening ceremony of the world cup and in different parts of the country respectively, only to cancel it seemingly following belligerent open and clandestine pressure from government and radical ethnic groups. In fact, the ideology of the ruling regime itself is radical ethnic politics under the cover ethnic based federalism.

The major indictment of against Teddy Afro is his attachment to Ethiopian history and Ethiopian values for which he was even incarcerated in tramped up charges not to mention numerous character assassinations.

Against all the odds, Teddy is still very much adored by Ethiopians.

Teddy Afro will not be back to Ethiopia until after a few months.