Ethiopia :There was no court warrant for denial of exit visa for Ethiopian singer Teddy Afro 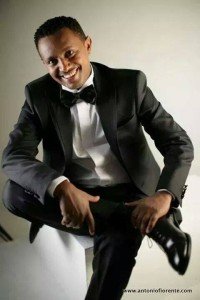 Three days ago, Ethiopia’s popular singer Teddy Afro was denied exit visa and barred from his travel to Europe for a concert too.

He was meant to kick off his tour in Helsinki, Finland.All was well on the side of concert organizers in Finland and ticket was sold in record, apparently. Teddy Afro however never left Ethiopia due to blatant repression by the regime.

Now words from his lawyer emerged and there was no court warrant to stripe the singer off his right to make travel abroad.

Friends and staffers of the singer who saw off him at Bole International Airport knew only that he was boarding the plane and already called concert organizers in Finland to receive Teddy Afro at the Air Port in Helsinki.

That gives a clue that the decision to deny Teddy Afro exist visa is likely to be an arbitrary repressive move from a cadre with connection to the TPLF power people who are known to hate the singer.

Ethiopian in the country and abroad are expressing solidarity and admiration for Teddy Afro.

borkena will update information as it becomes available. check us back.