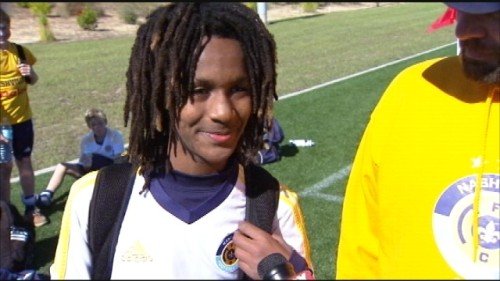 LAKE BUENA VISTA, Fla. (WOFL FOX 35 ORLANDO) – A near death experience for a little boy nearly cost him his legs but now he’s living his soccer dreams. He’s now among more than 300 youth teams from across the country competing at ESPN Wide World of Sports in Kissimmee.

Shewit Micah Worton looks like any other 11 year old boy. He plays for the Nashville Rowdies. He’s in Central Florida for the Disney Junior Soccer Showcase, it’s a 3-day tournament but his soccer dreams were nearly shattered a few years ago.

“He was actually abused. The shepherd beat him pretty good, the owner of the sheep. He got scars through his head and his knees where he was beat and abused,” said Mark Worton who adopted Shewit from Ethiopia when he was five years old.

Read more on my Fox Orlando…