US deported Ethiopian embassy staff who opened fire on protestors 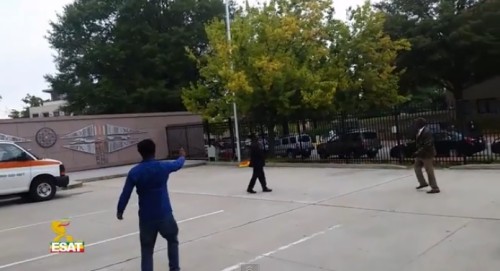 (borkena) Ethiopian Embassy in Washington staff who opened fire on protestors during a peaceful protest in front of the embassy two days ago is  deported to Ethiopia, reported Ethiopian Satellite Television (ESAT)

The shooter  is identified as Solomon Tadesse Gebresellasie.  According to the report, the deportee was on board of ET 501 Ethiopian Airlines flight bound to Addis Ababa from Dallas air port in Washington DC.

A few months ago Ethiopian ruling party security officers deported to the US the sister of Andargachew Tsige, a leading opposition figure who was abducted in Yemen while on Transit to Eritrea.

The US is one of the major western donors of the ruling party in Ethiopia.

It remains to be seen whether the relation between the US and its client regime in Ethiopia will be seriously strained in the months to come.