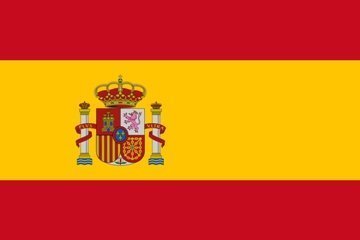 (KHARTOUM) – A Spanish diplomat has been found dead in his apartment in the affluent Garden City neighborhood of the Sudanese capital Khartoum.

Sudan’s interior ministry said in a statement on Monday that the diplomat was apparently stabbed to death.

“The 61-years old official headed the Spanish embassy’s visa section and had worked in the country for three years”, the statement said.

A maid who worked at the apartment found the body and reported the death early on Monday morning.

The statement added that the police chief in Khartoum locality arrived at the crime scene immediately and a special team from the criminal investigation unit was assigned to lead investigations.

Sudan’s foreign ministry identified the diplomat as Emiliano Garcia in a separate statement.

“The police of Khartoum state and its teams of special criminal investigators have launched a probe in order to find the perpetrator or perpetrators as soon as possible,” the statement said.

It described the diplomat’s death as a “regrettable incident” and underscored that the government is firmly committed to protecting all foreign diplomats in Sudan.

The ministry expressed condolences to the Spanish embassy and the family of the slain diplomat for their painful loss.

The Spanish Ministry of Foreign Affairs and Cooperation confirmed “with regret” the death of their diplomat adding that they remain in contact with the Sudanese Foreign Ministry, police and judicial authorities who are leading the investigation.

There are no indications so far If the incident is a normal homicide or one that politically motivated.

Police said they found no signs of a break-in to the apartment and no theft seem to have occurred.

In January 2008, John Granville, an official working for the United States Agency for International Development (USAID) in Sudan, was shot and killed along with his Sudanese driver by gunmen in a passing car who cut him off as he was being driven home in Khartoum.

A Sudanese court later sentenced to death four Sudanese nationals for the killing but the convicts managed to flee the country before the death penalty was carried out.

Also earlier this year Russia’s consul and his wife have been stabbed in Khartoum outside the embassy’s gates by a man from the Central African Republic (CAR).

According to the Sudanese police, the attacker mistakenly thought that the couple belonged to one of the western countries that sent troops to CAR recently.

During interrogation the assailant said that his brother was killed in Bangui by these forces and as such he thought retribution. He was reportedly in Sudan seeking medical treatment.