Ethiopia asks Egypt FA to change the date of the two sides friendly as a result of preparations for the 2015 African Cup of Nations
Ahramonline
Mahmoud Elassal, Monday 11 Aug 2014 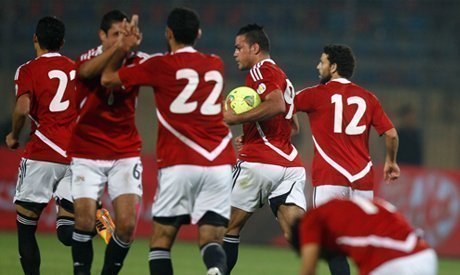 Ethiopia have asked the Egyptian Football Association (EFA) to change the date of their friendly against Egypt to be played on 26 or 28 August instead of 30 of the same month.

The Ethiopian FA recently refused to face Egypt on a friendly on 30 August due to their national team’s availability.

Egypt coach Shawky Gharib says his team may not play scheduled friendlies ahead of its Senegal clash in the 2015 African Cup of Nations (CAN) qualifiers after Ethiopia officials announced their refusal.

Egypt last met Ethiopia in a friendly game in 2002, crushing them 4-0 in Cairo.

The Pharaohs, who are scheduled to be hosted by the Senegalese team 5 September in the African Cup of Nations qualifiers, will play in Group G along with Tunisia, Senegal and a to be determined side.

Egypt, record holders of the Nations Cup with seven titles, have not qualified for the biennial tournament since winning the 2010 title in Angola.