AFP
By Anna Malpas with Sim Sim Wissgott in Kiev 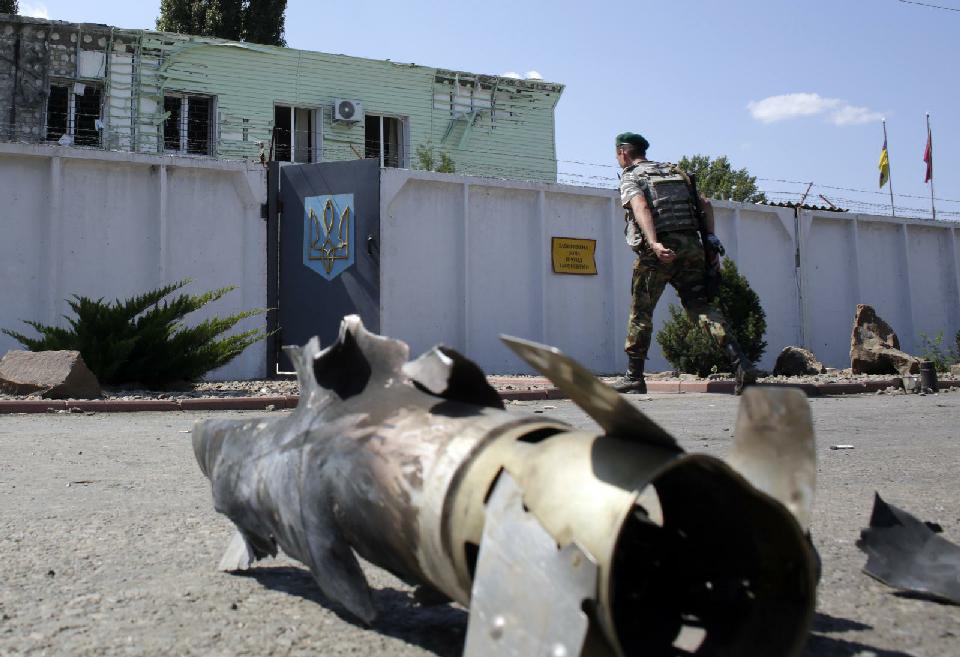 An Ukrainian border guard passes by the wreckage of a rocket as he walks to a barracks following the overnight attack of the frontier guard station in Milove, Lugansk region, on August 8, 2014 (AFP Photo/Anatolii Stepanov)

Donetsk (Ukraine) (AFP) – Fears mounted Saturday in Ukraine of a possible Russian invasion in the guise of a “humanitarian” mission to the conflict-torn east where Kiev said another 13 of its troops died in fighting with pro-Moscow rebels.

The United States has warned that any unilateral intervention by Russia, including in the form of a humanitarian mission, would be considered an invasion.

Shelling meanwhile continued in the rebels’ main eastern stronghold of Donetsk, which has become the new battleground in the four-month conflict between Ukrainian government forces and eastern separatists.

An AFP journalist heard repeated shelling in the city throughout the morning. Local authorities said mortar fire hit neighbourhoods north and southwest of the centre, and one person was killed.

Ukraine’s forces, which have been battling to wrest control of eastern strongholds from the rebels, which the West believes to be backed by Russia, reported 13 casualties in the last 24 hours.

The Red Cross also announced it was stepping up its aid activities in Donetsk and the second main insurgent bastion of Lugansk where local authorities have warned of a looming humanitarian catastrophe with many residents left without water and power for days.