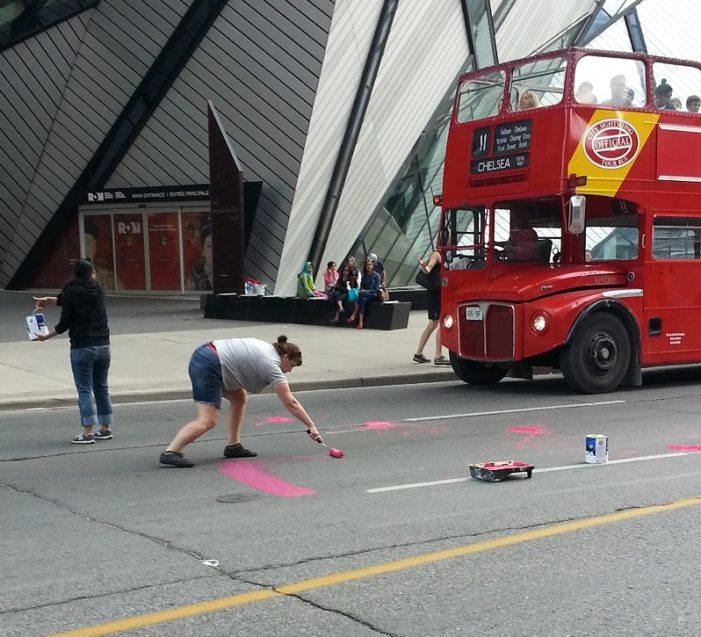 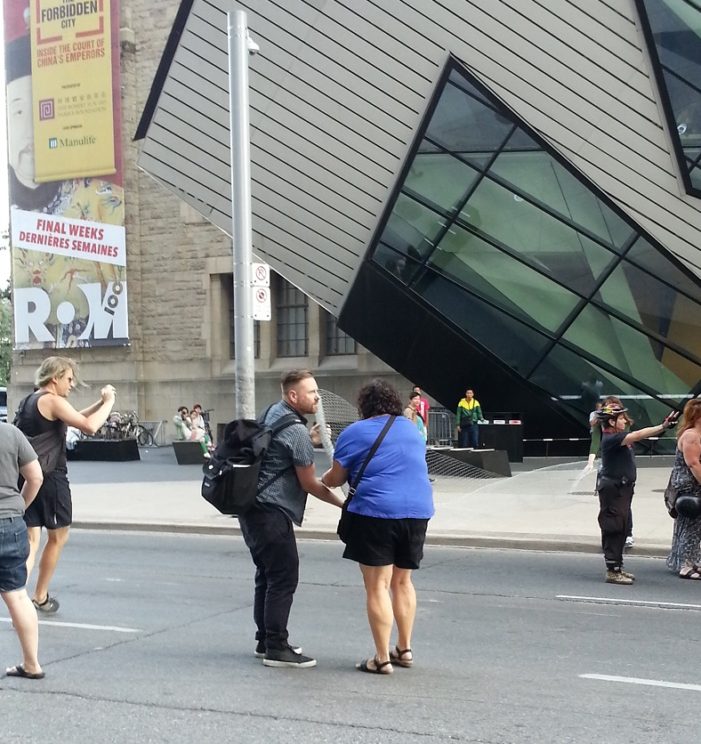 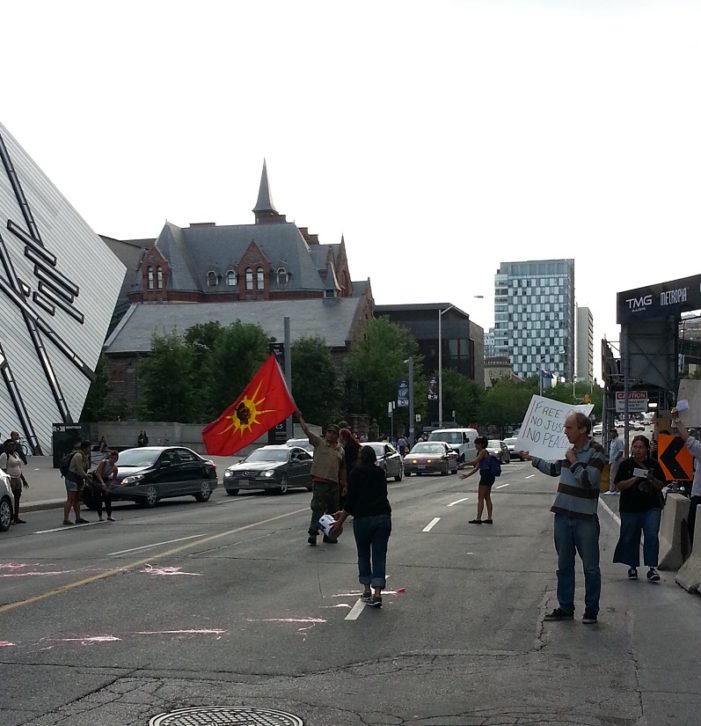 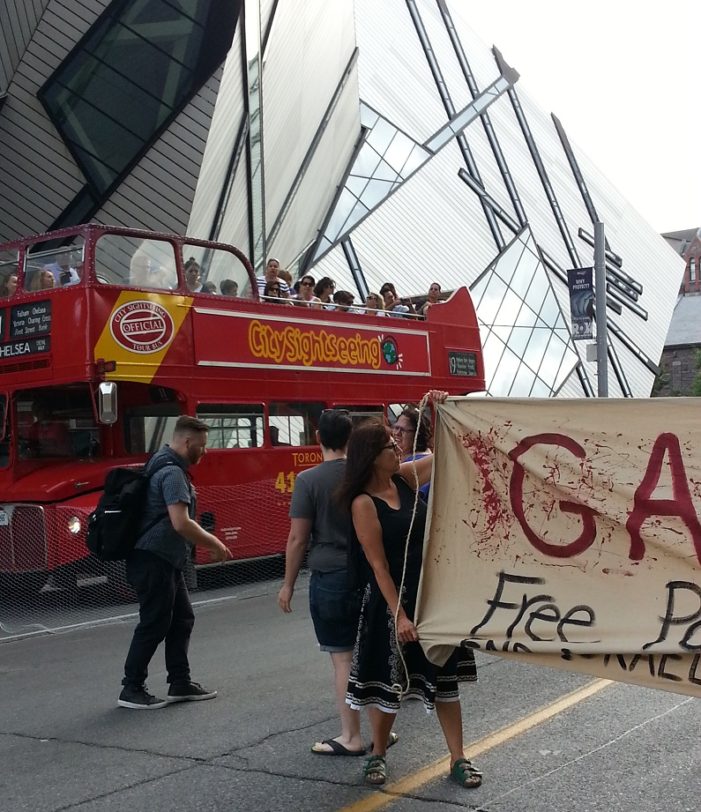 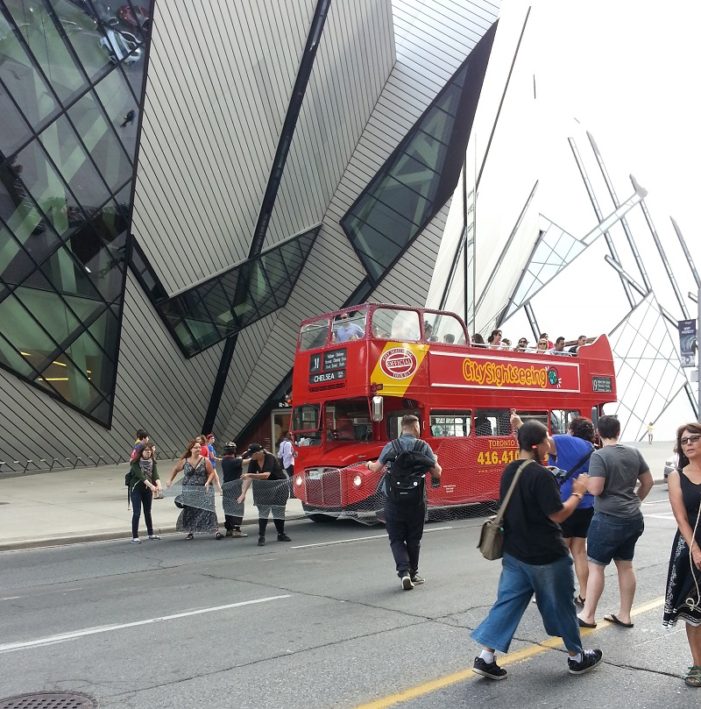 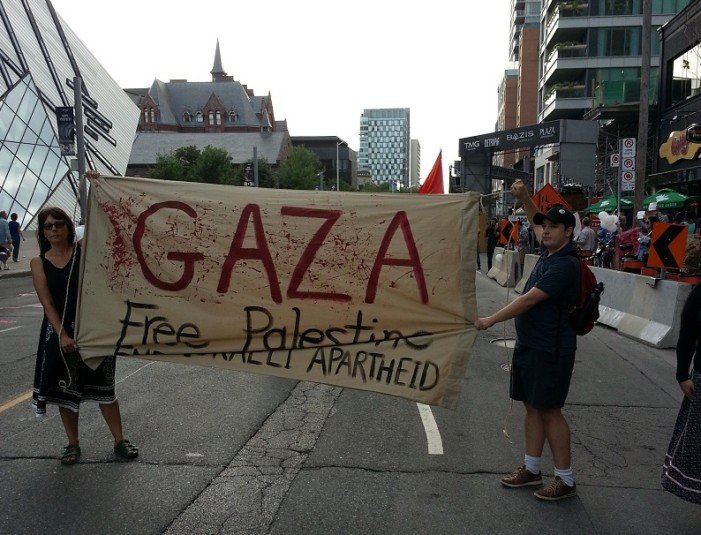 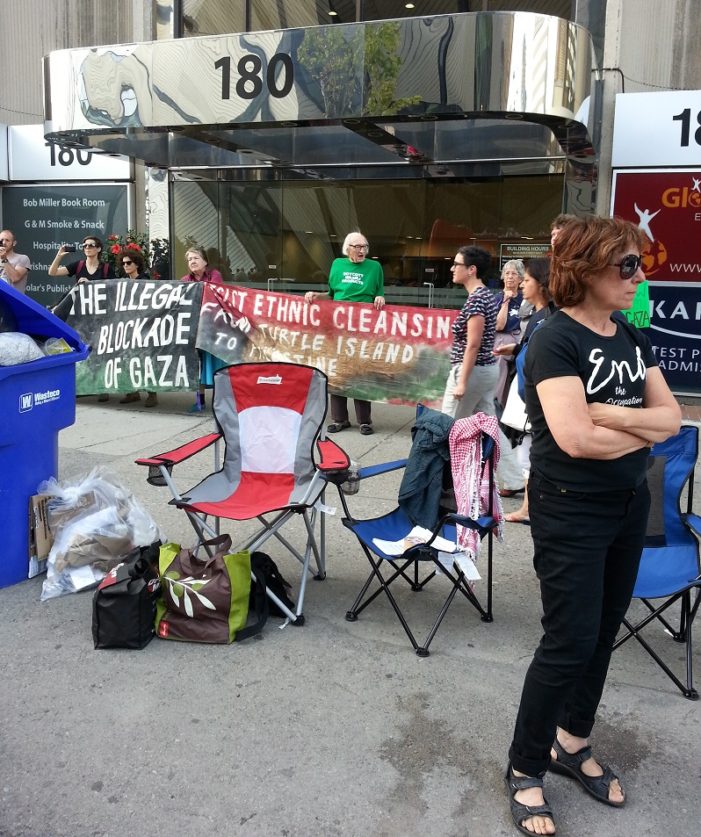 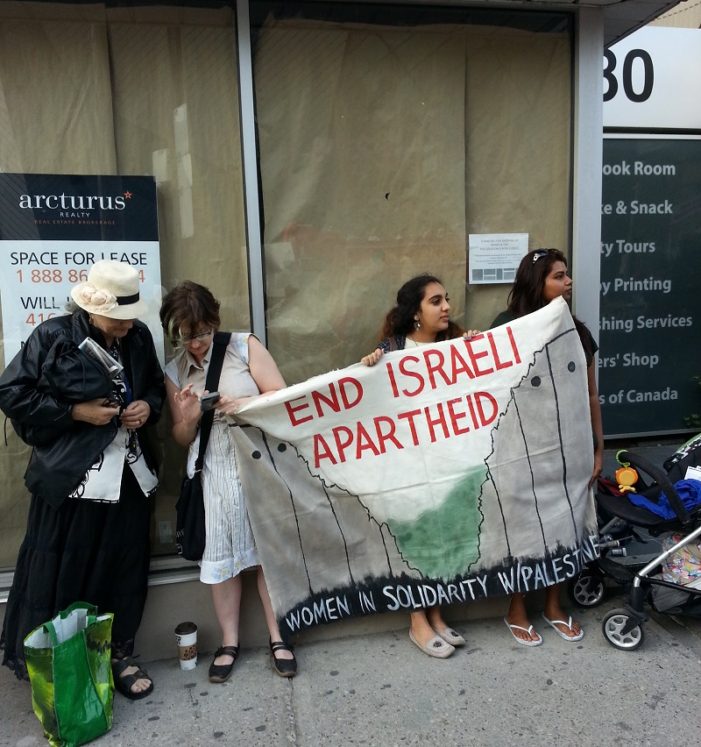 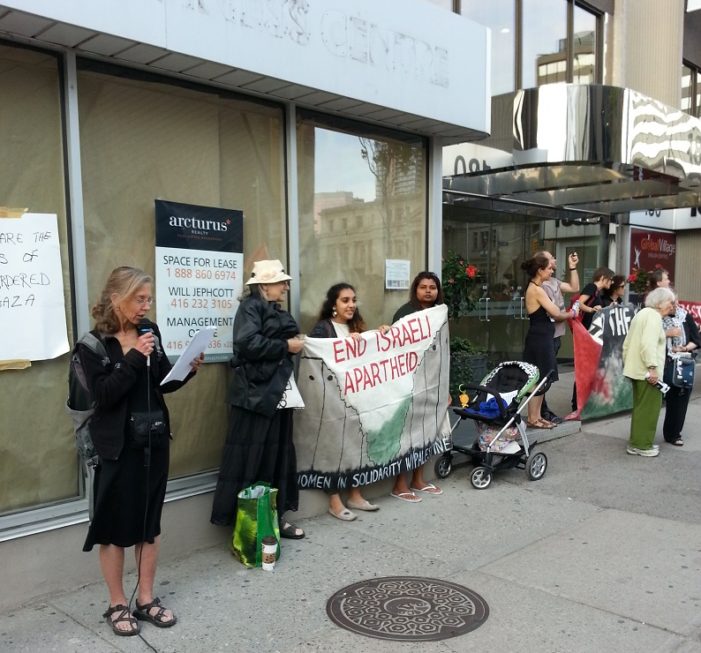 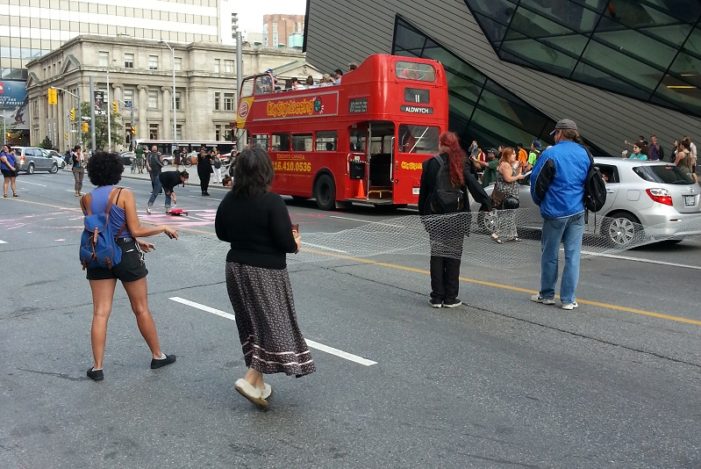 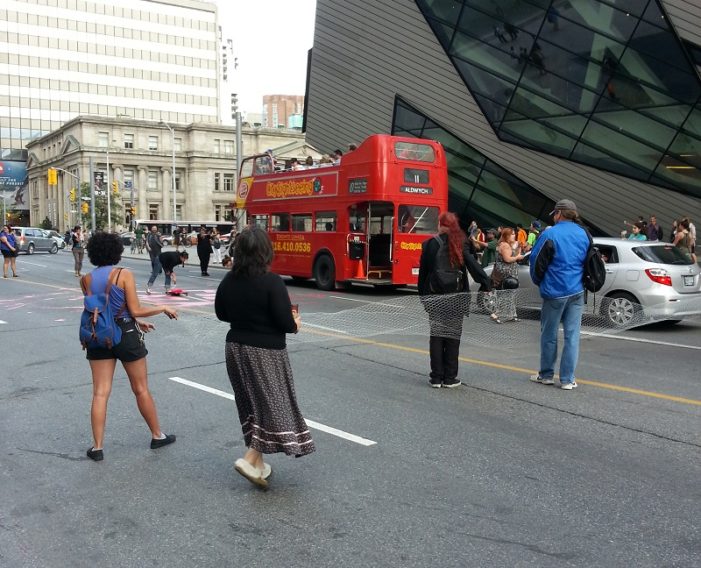 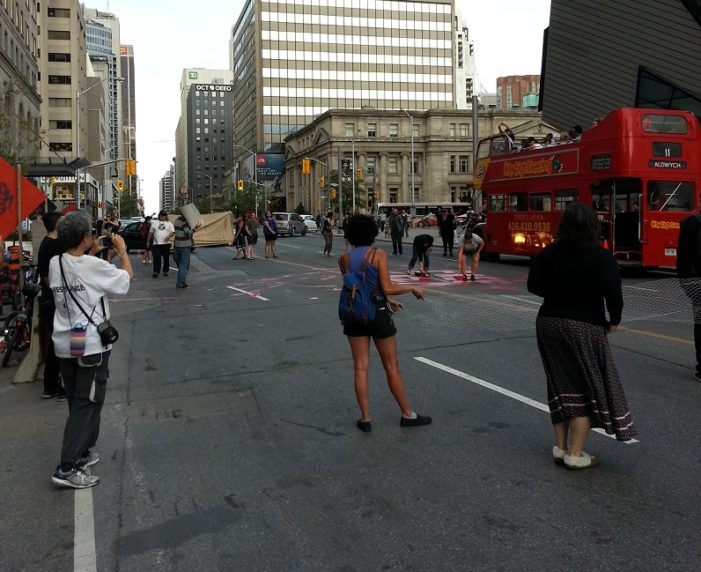 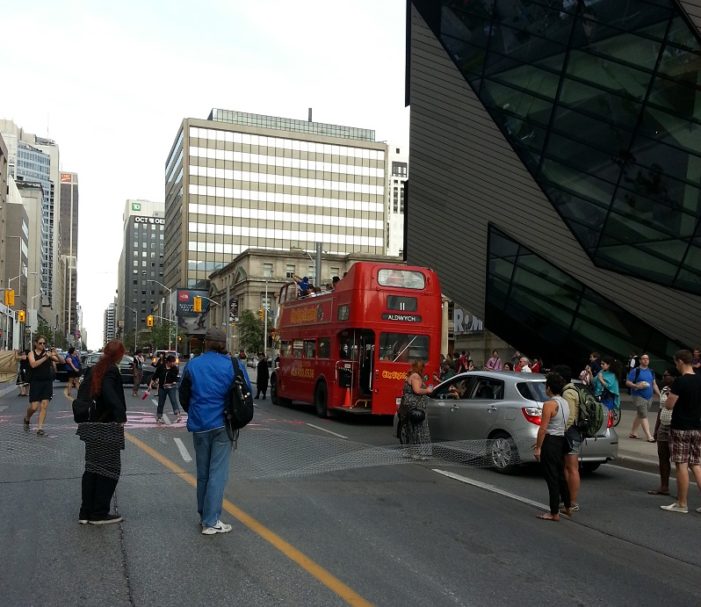 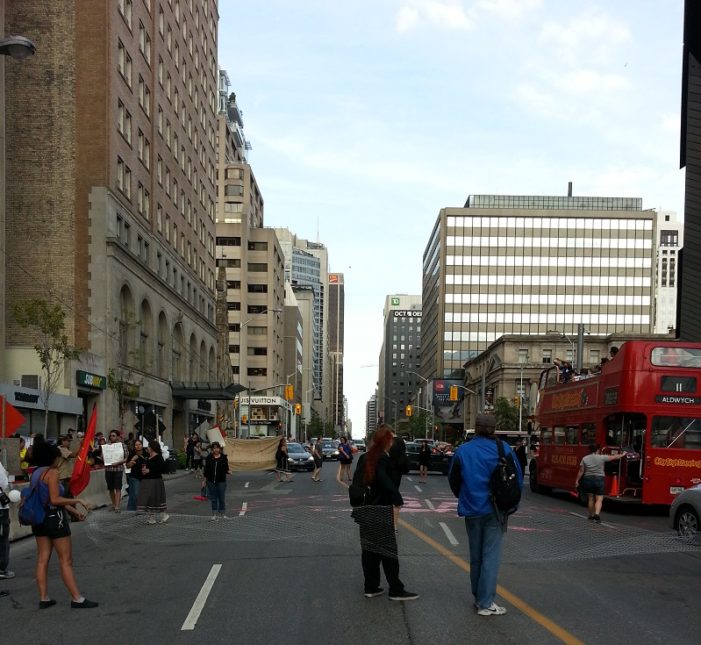 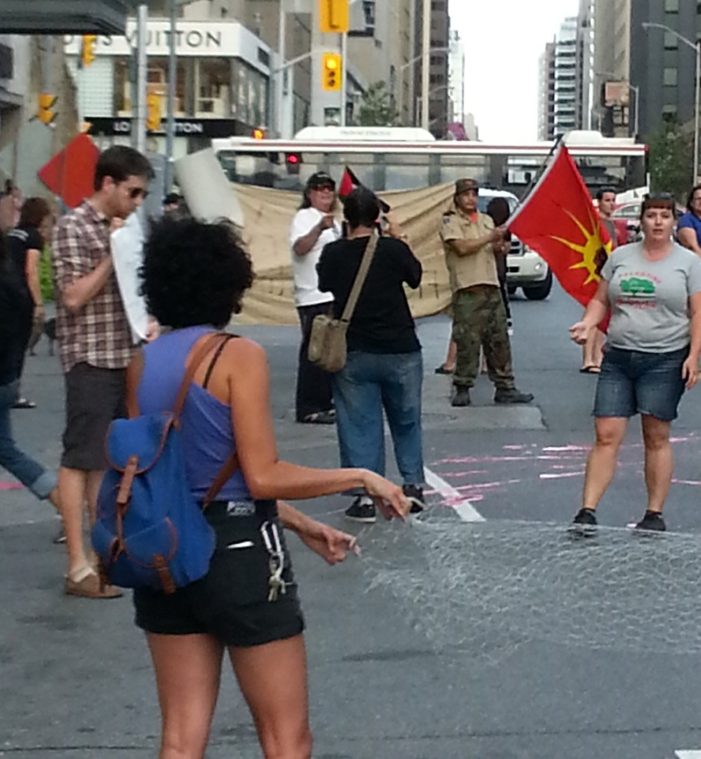 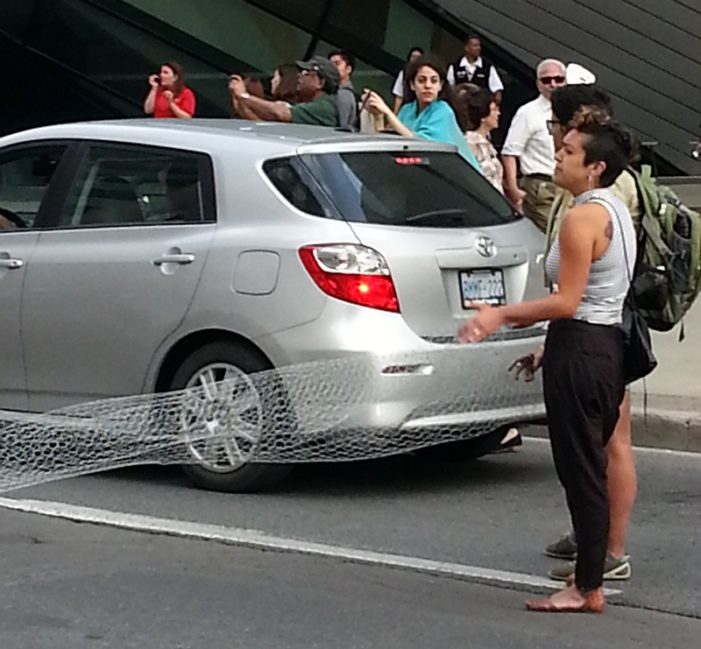 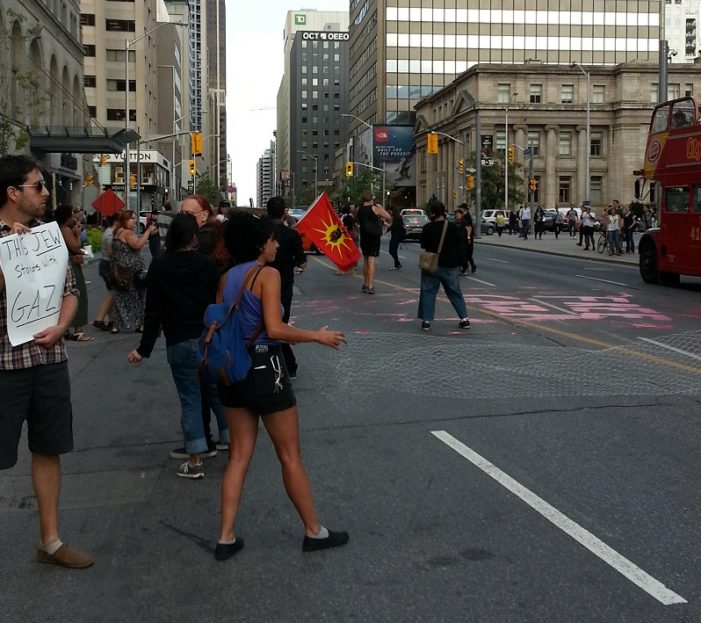 Vladimir Putin was regularly making cover story on The Economist following events that led to the fall of Pro-Russian president Victor Yanukovych and consequent political developments in Crimea and Eastern Ukraine.

Who would expect that Putin would make a cover story again, with the pretext of MH17 which is “…a measure of the harm Mr Putin has done…”, as Gaza is virtually razed to ashes with its residents by indiscriminate airstrike of Israel, a country with an experience of holocaust? In the story headlined as “A web of lies,” The Economist warns”The world needs to face the danger Mr Putin poses. If it does not stand up to him today, worse will follow.” A story about Gaza is not the next page and it is nowhere near as outrageous as a story about Putin. I like tweeting biases of publications like The Economist. I did and I wanted to leave.

As I leave the Bay and Bloor Indigo book store through the west side of the exit, I saw a group of activists handing out flyers and fact sheets. And I had to ask for it. I didn’t total expect that it would be a voice for Palestine. The Flyer is from “members of the United Church of Canada” and reads:

A message for Toronto, apparently. The back side of it calls for a morally right consumption in a pacifist and courteous tone:

“Please shop responsibly. Be wise in your gift buying. Don’t buy products made in illegal Israeli settlements such as SodaStream soft drink makers, Keter household items, or Ahva beauty products. They are made at the expense of Palestinian human rights.”

The Factsheet was from Coalition Against Israeli Apartheid (CAIA). It discussed boycott “HESEG” – a foundation for “lone soldiers.” It is an organization established in 2005 to support former Israeli ‘lone soldiers.’ Looks like HESEG got its name from its founders Heather Reisman and Gerry Schwartz, Canadian Couples.

It occurred to me why the activists chose the entrance of Indigo book store only after I learned that HESEG owns 68 percent of shares, according to the fact sheet, in Indigo Books and Music Inc. Boycott against HESEG is meant to be a voice for Palestine. It sounds like an allegiance for a call by Palestinian Civil Society Organizations in 2005 to impose “boycotts, divestments and Sanctions” against Israel. Of course, HESEG is not Israel but the Factsheet suggests that it has strong connection with Israel and spends $3 million annually in support of those who served in Israeli military. And the Factsheet ends the story with a reminder that people can boycott Chapters/Indigo and encourage others to do the same.

The activists I saw at Indigo entrance were not many, in fact. Probably, three or four. But the voice is really significant for me as it left me with obsession that there are still people who care about truth and justice- something I doubt very often.

Yet, as I stroll west along Bloor Street, I happened to see more of it. Scores of people gathered right in front of Royal Ontario Museum (Rom). Men, women, young and old opposing the massacre in Gaza and supporting Palestine’s cause right at the entrance of Israel Consulate in Toronto. Not before long the small crowed demonstrated its determination. It blocked Bloor Street from two sides; in the East from Avenue Road right in front of ROM and from the west right in front of the West end of ROM. Activists painted the street “Free Gaza.” The scene was really dramatic. Cab drivers with their clients were unable to pass and had to detour. A tourist bus was detained for well over ten minutes.

Overwhelmed by the support and compassion for Gaza I sew, I dared to approach some of them to find out as to which organization was involved in organizing the event. And I learned that it was not just a single organization behind support for Palestine. Many organizations had presence. Again the crowed is not big. But the compassion I saw seem to be genuine and big. And yes the rally might not mean anything in terms of influencing policy and effecting change especially in view of strong pro-Israel stance of Harper’s government. Campaign to pinch Israel by boycotting products produced in the occupied territory might not effect significant changes too. Despite that reality, the voice for truth, justice and humanity matters!

Below are some of the pictures I took with my cellphone. Please click on the picture to zoom it out.