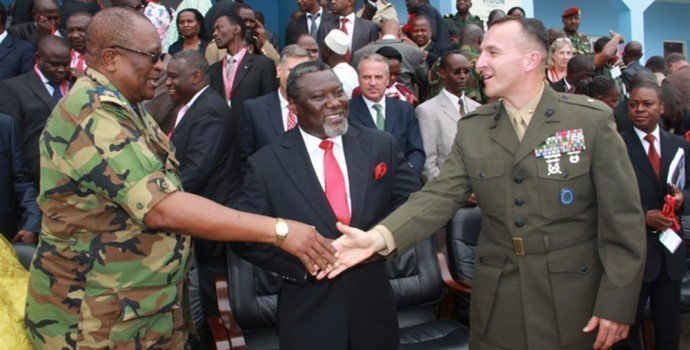 Kampala (HAN) July 20, 2014 – East African defense and security news. The Eastern African community region, including Uganda will be ready to deploy a 5,000 strong standby force by the end of 2014, the Uganda Maj. General Francis Okello said.

The The Eastern African community forces will be comprised of troops from Uganda, Kenya, Rwanda, Burundi, Sudan, Ethiopia, Djibouti, Somalia, Seychelles and Comoros.

According to Geeska Afrika Online observations, there are Other Eastern Africa countries not yet joined the efforts to build the Eastern Africa standby force (EASF) that will be comprised of the military, police and civilian components. Maj. General Francis Okello, the commandant of Uganda rapid deployment capability centre, said the force which will be one battalion strong backed by tank units, will be ready for deployment by December, one year before the African Union (AU) deadline. African leaders resolved to establish Africa standby force during the AU summit in Addis Ababa in 2004. Read more…