Ethiopia: brutal atrocity against Ethiopian Muslisms in the holy month of Ramadan 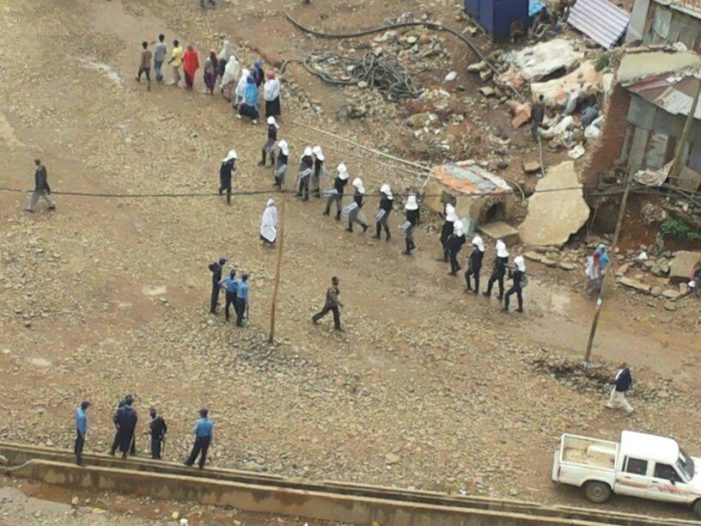 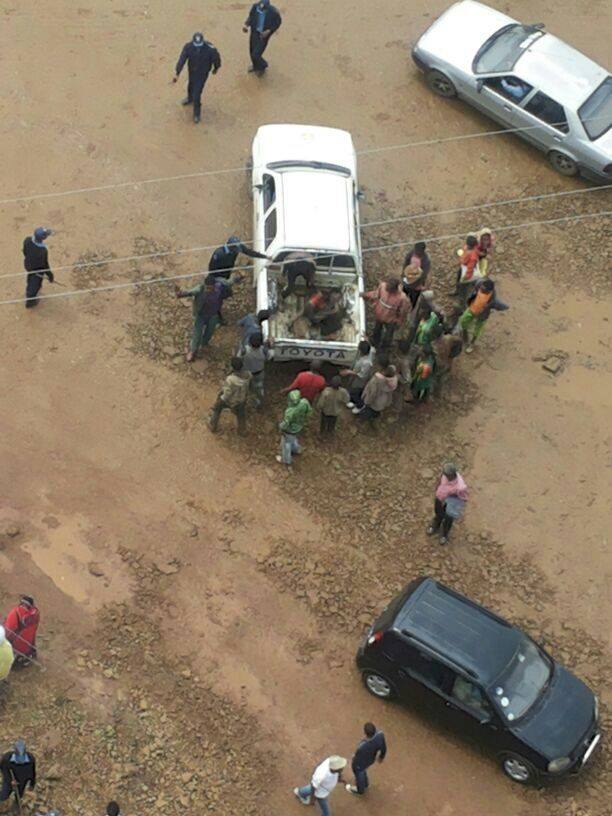 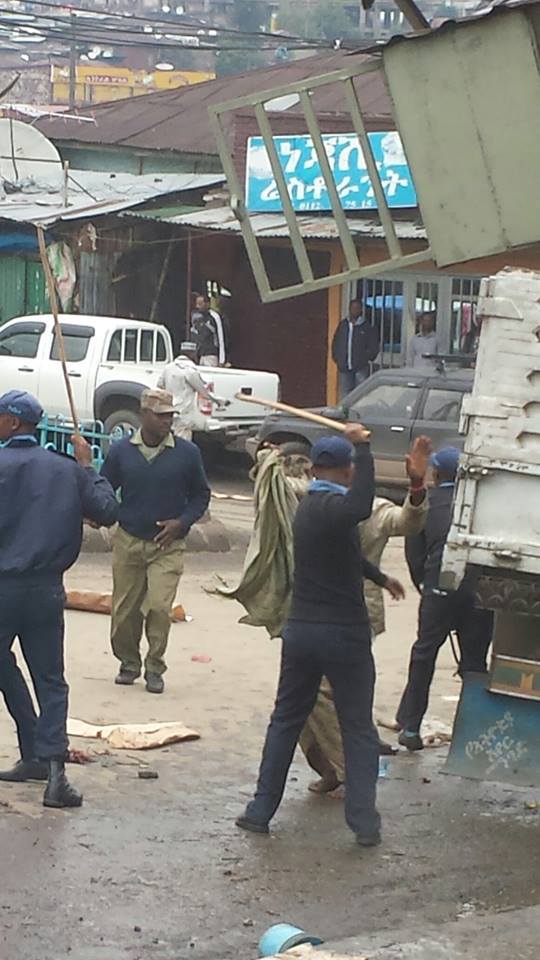 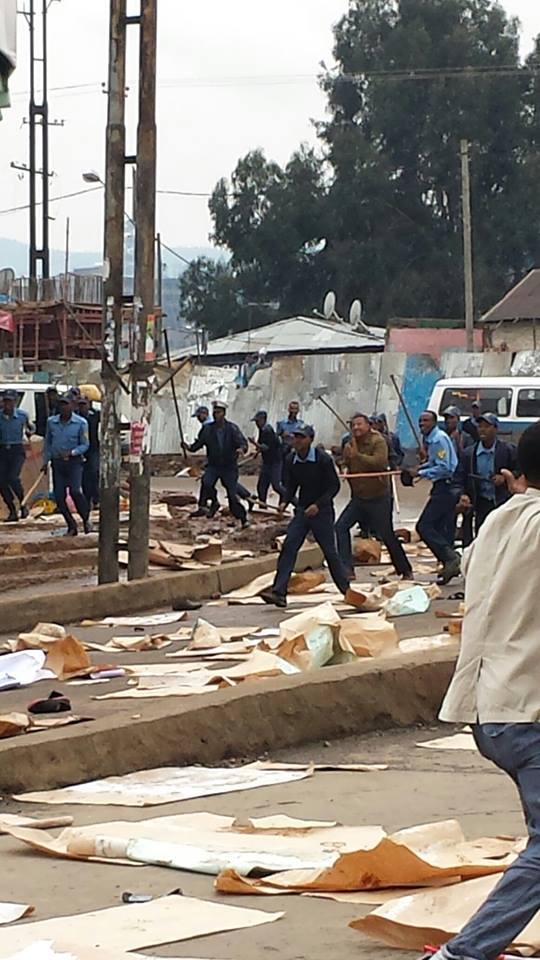 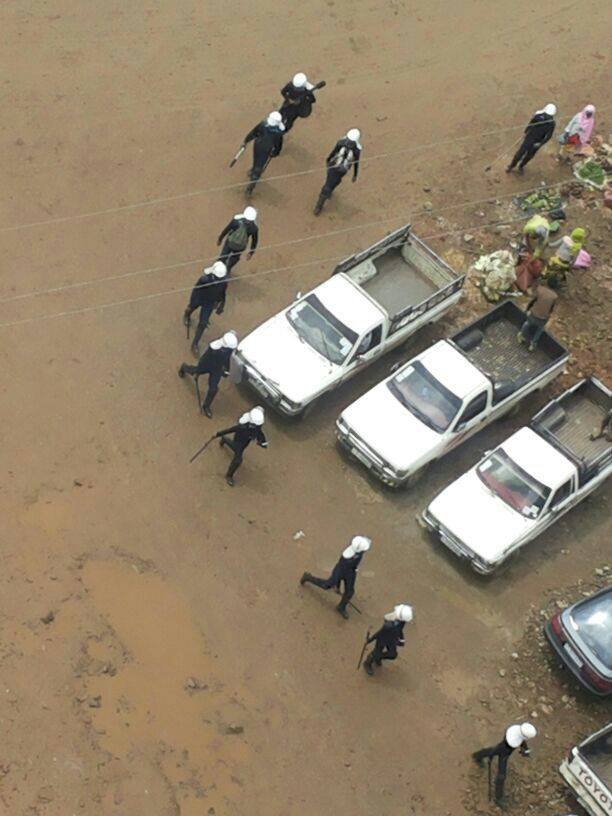 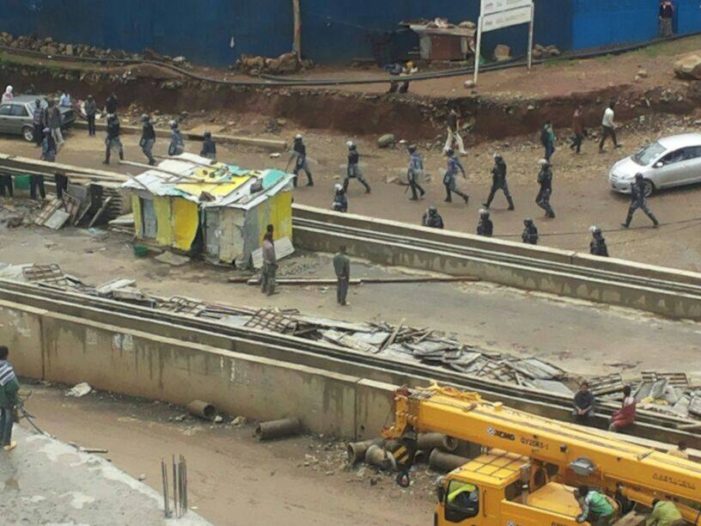 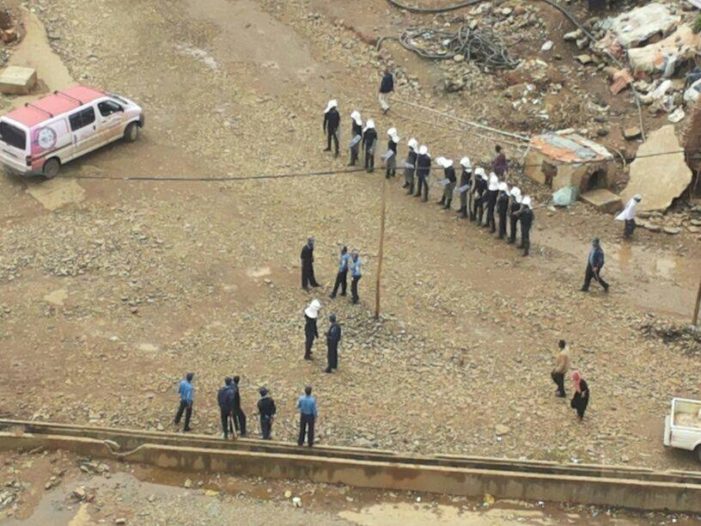 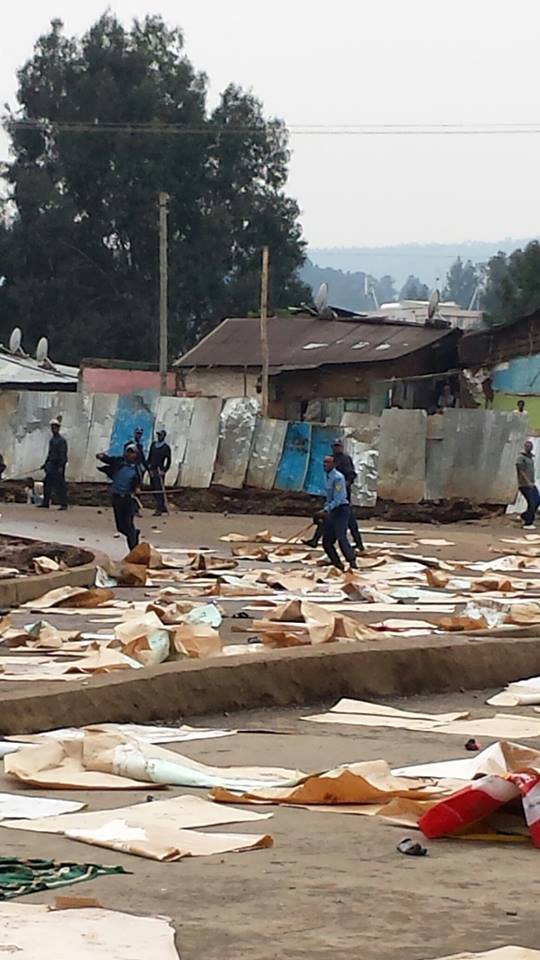 Around mid day, special forces of the minority regime,TPLF, mounted brutal crackdown in the neighborhood adjacent to The Grand Anwar Mosque, in Addis Ababa, where Ethiopian Muslims were  flocking to for their Friday prayers.

A member of the police force reportedly sustained injury after he was hit by police patrol car during the commotion.

Today’s crackdown bear two features. Police was indiscriminately beating  anyone in the area, probably an indication that Ethiopian Muslim sympathizers were in the area to lend support for Ethiopian Muslims. And police was also in the premises of The Grand Anwar Mosque. The laity in the premise was brutalized in the middle of their prayers. “Brutality of this nature never happened even in the allegedly more brutal of Derg government” said a person who is not identified to avoid reprisal.

There is no exact figure as yet from Dimtsachin Yisema regarding the causality. But clearly many sustained serious injuries. And many are reportedly detained.

According to Dimtsachin Yisema updates on social media, the peaceful protest was nation wide. In fact, there seem to be protest outside Ethiopia as well.

In Ethiopia,  Addis Ababa, Wolkite, Dessie, Jimma, Shasemene, Halaba, and other towns in South Ethiopia witnessed peaceful protest in the premises of mosques or adjacent to it understandably for the reason that government does not allow peaceful protest which is constitutional right theoretically.

Premises of the Mosque were supposed to be respected. But the regime does care little or not all for Ethiopian values. Even the Mosque premises did not protect Ethiopian Muslims from  savage attacks of the corrupt ethnic minority regime.

All that the Ethiopian Muslims are demanding is freedom of religion, which is constitutional again, and release of their incarcerated leaders who are charged with “terrorism” only because they dared to speak for the Muslim Community freedom of religion.  In fact, in Ethiopia even bloggers and journalists are facing same “terrorism” charges.

There is no indication if donor countries, who have diplomatic missions in the country, of the regime have a clear understandings of the issues that Ethiopian Muslims are raising.  Of course, a government shameless to label blogging and journalistic activity as “terrorism,” will not hesitate to project an image of “terrorism” terrorism for its donors.

The problem is that it does not solve the issue. The issue is simple. Respect the constitutional right for freedom of religion.  Any reckless, illegal and brutal attack will only radicalize the peaceful movement which one can not be sure if that is not what the government wants.

Pictures below are from Dimtsachin Yisema page. Understandably, it is not possible to record repression as security forces will make the hell out of it. Pictures are amateurish and apparently taken with cellphones. Click on the image to zoom out