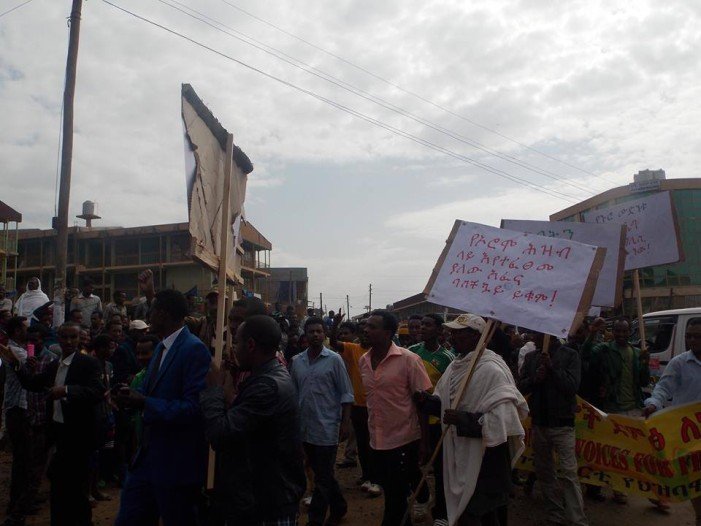 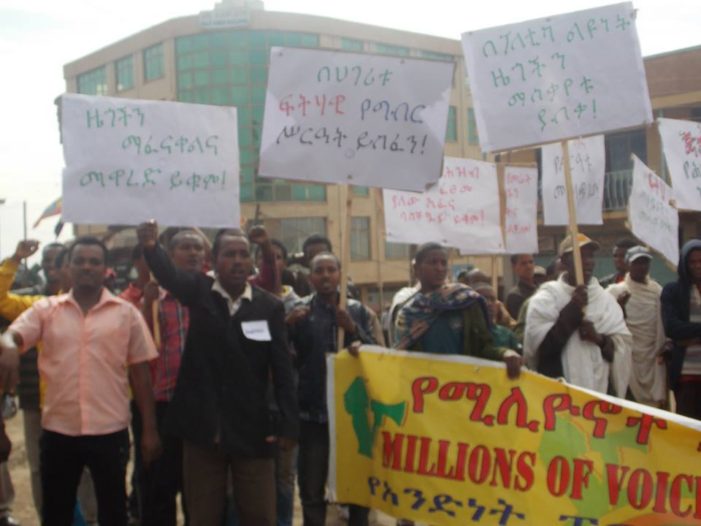 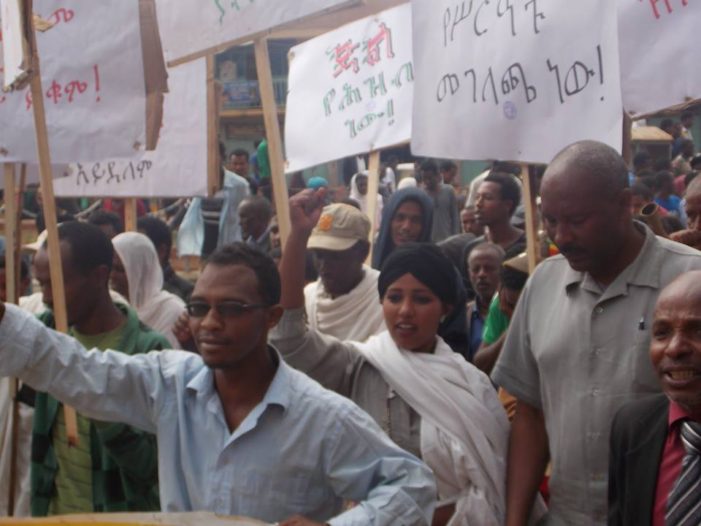 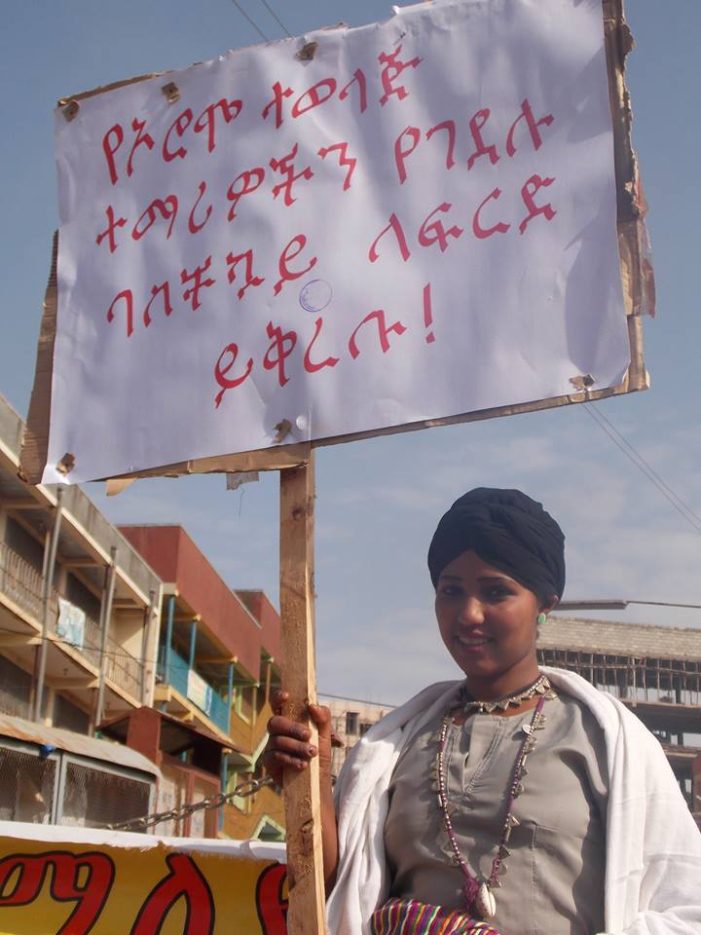 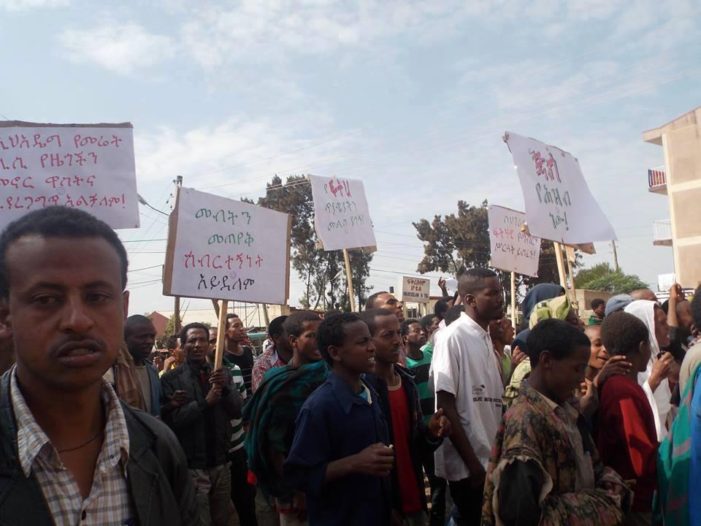 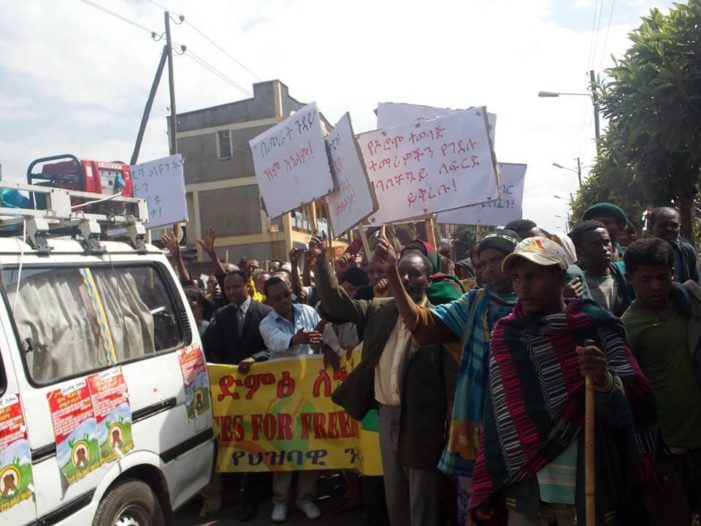 (borkena) In a peaceful demonstration organized by Unity for Democracy and Justice party (UDJ), residents to Debremarkos in North Western Ethiopia, what is now described as “Amhara region,” took to the streets to demand freedom from repression.

Holding slogan placards up, demonstrators boldly denounced killings of Oromo students and called for an end to brutal government repression of peaceful demand.

UDJ has organized similar peaceful demonstrations in Addis Ababa, Gondar and Dessie at different times in the past few months. UDJ is mobilizing in Adama -a town formerly known as Nazereth and has a plan, apparently, to take the peaceful movement further to South, South East and South Western parts of Ethiopia. UDJ movement under the motto “millions voice for freedom” is gaining momentum.