EFF President Junedin Basha told supersport.com that they had settled on Abate whom he described as qualified to deputise for Portugese coach Mariano Barreto. 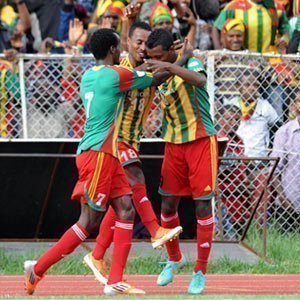 “We are pleased to appoint Webetu Abate as the new assistant coach.He will deputise for Barreto and this is according to the EFF strategic plan where we want to also empower our local coaches to learn from their foreign counterparts. He will come in handy as a great assistant to the coach as his experience locally will be very useful.”

“We will unveil the assistant coach on Wednesday and also put across our strategic plan as we embark on early preparations ahead of the 2015 Afcon qualifers.We don’t want to do things without planning and hope that we work hard and qualify for the Afcon in Morocco next year,” Junedin said.

Asked whether the coach will be allowed to call up Ethiopian players living in Europe with other nationalities, Basha was straight forward: “Yes we want to include as many good players as possible. We will send coach Barreto to monitor those who have shown their willingness to play for Ethiopia as we want a strong team.”

Meanwhile, Barreto has met several Ethiopia Premier league coaches as he prepares to name his team for the Afcon 2015 qualifers with the squad expected to be named next week to start preparations.