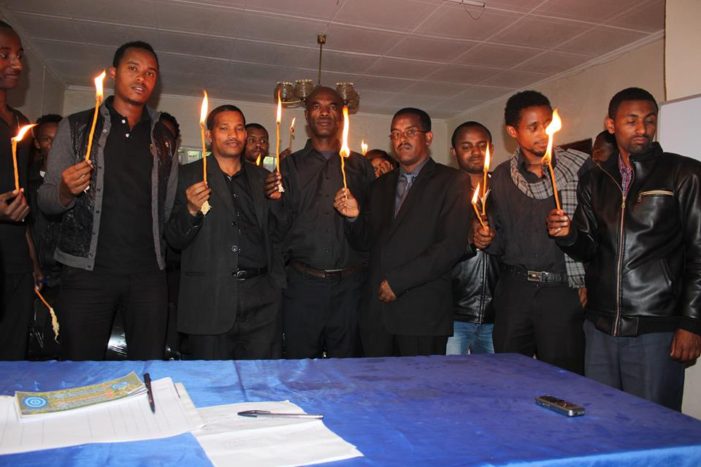 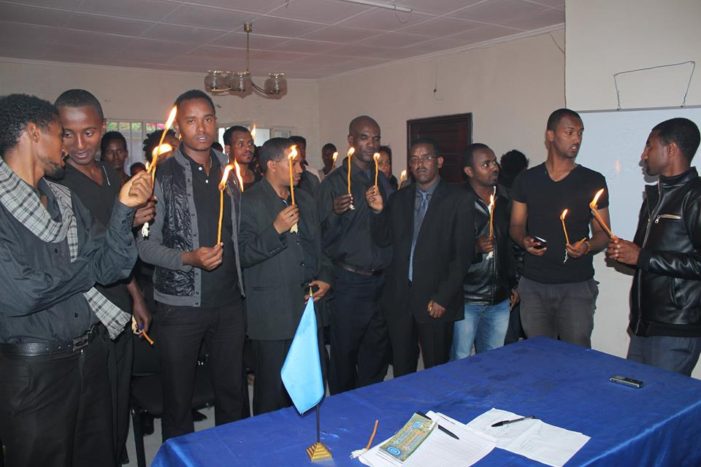 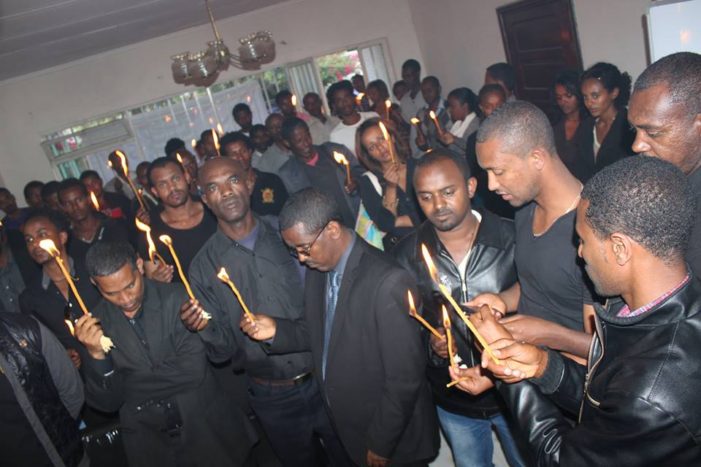 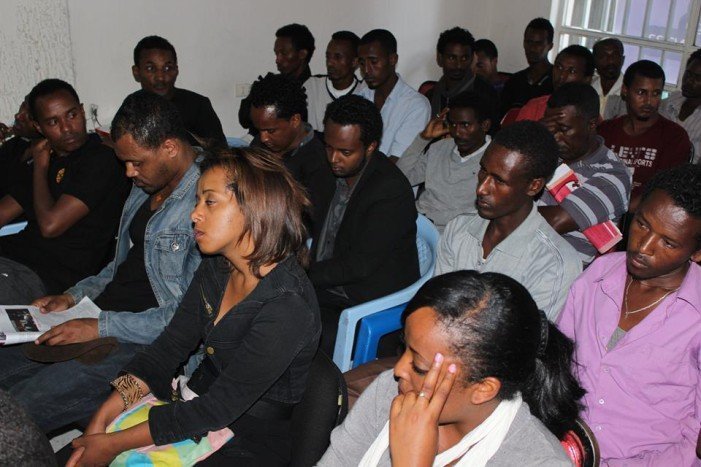 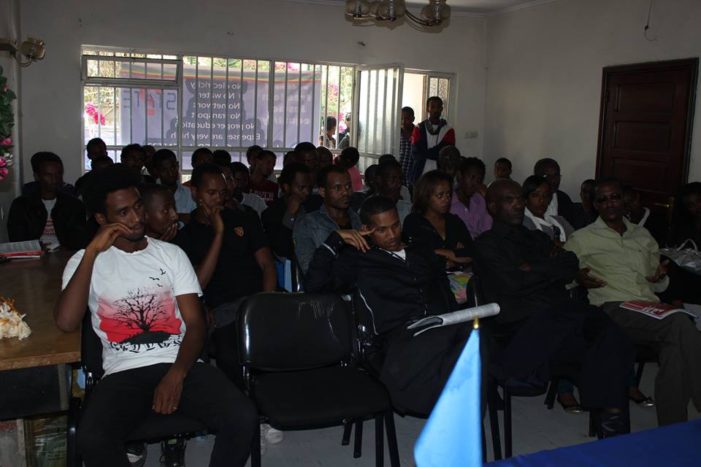 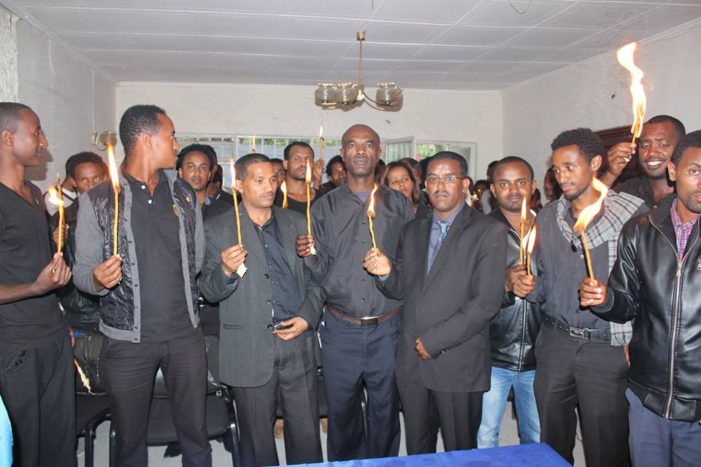 Semayawi party held Candle light vigil earlier today in its office in Addis Ababa in memory of massacred youngsters in Ambo, Jima, Wollega, and other parts of Southern Ethiopia.

Dozens of young Ethiopians were killed in the past few weeks during a peaceful protest against the new Addis Ababa Master plan.

Abadula Gemeda, speaker of the parliament was on the news sometimes last week describing the killings as a “mistake.”

Semayawi party and other opposition parties condemned the arbitrary killing.

Members of Semayawi party and party officials were dressed in black for the vigil ceremony.

Picture credit : Negere Ethiopia please click on the picture to zoom out