My Takes on the Ethiopian Dam and the Addis Ababa Master Plan, Messay Kebede 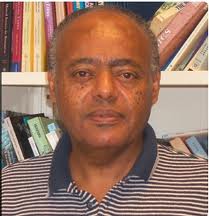 The issue of the so-called “Grand Ethiopian Renaissance Dam” has proven very tricky for all those Ethiopians who oppose the present regime. On the one hand, no Ethiopian wants to see Ethiopia’s right to use the waters of Nile for its own development contested so that any interference from external countries appears as an unacceptable assault on its sovereignty. On the other hand, many Ethiopians are understandably apprehensive of the detrimental ecological and social impacts of such a huge project and are skeptical about its economic benefits, a skepticism based on the failures of the experience of huge dams in other African and non-African countries.

Recently, three eminent Ethiopian scholars, namely, Minga Negash, Mammo Muchie, and my dear friend Seid Hassan wrote an article in which they argue that Ethiopians must engage in a cost-benefit analysis instead of opposing the project based solely on its alleged negative consequences. They find that the dam will provide “valuable economic benefits,” but they also admit that it will have several negative “side-effects.” This admission led them to say that “Ethiopians may legitimately ask questions and raise concerns about the manner in which the Government of Ethiopia is handling the project.” Accordingly, while concerns are legitimate, a simple one-sided opposition is not.

Since the article was obviously written to help Ethiopians resolve the dilemma in which they find themselves, I must confess that I remain as perplex as before. After reading the article, I still wonder whether the opposition to the dam project is really misplaced. Precisely, the cost-benefit analysis that they advocate seems to show an imbalance in favor of cost because even if we concede that the dam will be economically beneficial, the question remains as to who will benefit from the project and at what costs. The three scholars are right when, dismissing the validity of colonial treaties, they defend the sovereign right of Ethiopia to use the waters of the Nile. Unfortunately, the question is not only about sovereignty, it is also about the misuse of the right by a ruling clique whose records in the defense of Ethiopian interests have been so far nil.

It is fair to say that people should not expect anything good coming from a ruling elite that so wholehearted landlocked Ethiopia. Moreover, the fragmented nature of Ethiopian society thanks to the ethnic divisions implemented by the TPLF puts us in no position to antagonize further our enemies. There is no doubt that Egypt will engage in destabilizing policy, short of a military attack, to either stop the construction or makes it very costly for Ethiopia. True, as concerns ecological consequences and social adversities, such as displacements of people, palliatives can be found to mitigate the damages. Nonetheless, can one seriously expect that the ruling elite, assuming that it is capable of such concerns, will take the necessary measures to alleviate the harmful downsides of the dam?

It is also true, as noted by another dear friend, Tecola Hagos, in a recent article, that the existing government was successful in removing the traditional opposition of Sudan. The question is, at what cost? Is the seceding of Ethiopian territories, which happen to be in the Amhara region, the price for the Sudanese support? Who has any idea of the secret deals between the Sudanese and the Ethiopian governments? Clearly, to change the dam into a project in which benefits would outweigh costs, the condition is to have in place a nationalist and democratic, that is, accountable, government.[continue on page 2]