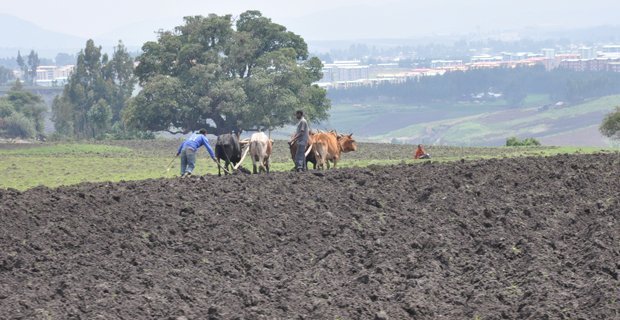 Land tenure could be largely attributable to the mass exodus of people. 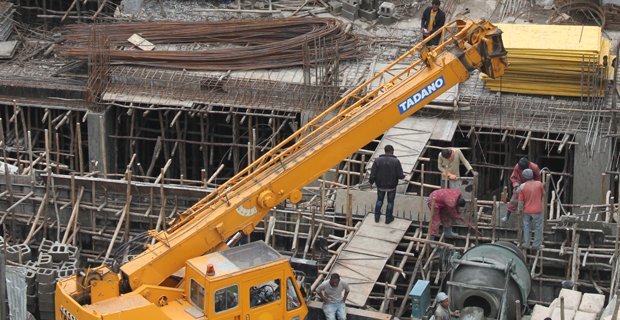 Ettrbeek is a sub-city in Brussels, Belgium, where quite a number of foreign migrants reside. One day last week, I was sitting outside a cafe in the sub when a lonely man came to sit by me.

Judging by his complexion, I knew he was a man of “my own country”. We soon struck a chord of acquaintance and were absorbed in sharing our experiences.

Both of us began talking about the unknown magnetic force that attracted us. Was it our skin colour? Was it our common language? Or was there something that we did not know?

His first query was “Are you from our land?”

Thus, the land issue was nothing more than a geographic location. The thought came to my mind and I tried to piece it together with the following thoughts.

In a country where over 83pc of the people are engaged in agriculture for their livelihood, land ownership is obviously a matter of importance that no amount of words can define. Social scientists of the 19th century tried to classify the class relations to have emanated from the ownership of the means of production and labour following the industrial revolution in Western Europe.

In the case of most parts of Ethiopia before the 1974 ‘revolution’, it was the ownership of land that sparked the revolt, and fuelled it up to a certain extent. The proclamation issued in 1975 to nationalise rural land, albeit its lack of specificity, did not only extinguish the burning fire of the long outstanding demand for land and equality, but also cost lives and property.

The Dergue regime, for all its follies and bloody acts, merits due credit for bringing the fundamental change of the feudal system at any cost. Most people thought that it was the beginning of the end of many problems, like poverty, ignorance, disease, backwardness and litigations.

After the fall of the Derg, the EPRDF sustained the proclamation, making a slight change to the text. One stroke of a pen, according to some people with different opinions, brought down all the success stories of the past years into a shambles. That slight editing meant that land was not to be sold. In plain language, you can have a plot of land with a certificate of “right of use”, but you have no right to sell it.

According to these people, all those dreamed objectives of eradicating poverty, disease, ignorance, equality and democracy have subsequently disappeared into thin air. They argue that we have gone from bad to worse.

Despite claims by the ruling party, we have reached a stage where even feeding ourselves once a day is becoming a death-dealing challenge. The question of enhancing democracy has become a myth.

But this does not ignore what has been achieved so far, by way of constructing new high rise buildings, wide lane roads and bridges, mega dams and sugar plantations. These construction projects, particularly the urban redevelopment project that lingers in the middle of urban centres, have proved to be a means constructed at the expense of their ends.

Hundreds of houses and slums have been demolished, leaving thousands of families either out in the cold or given some token money under the pretext of temporary rent – an amount so small that it cannot even cover mobility expenses at present rates. On the other hand, a small group of the population has grown of late into a class of beneficiaries, crystallising into a class of nouveau riche, polarising around a certain locality in the capital.

For these and other reasons, the land ownership question has now raised its hand once again, seeking a lasting answer. The argument that has been upheld so far by the establishment is the unflinching stand that land is not to be sold.

Among the reasons given is the scepticism that the tiller will sell his plot and flock to the cities. But land is not that easy to dispense of. Even then we cannot be so sure as to hold the farmer responsible for what he chooses to do with his own property. As for the exodus, we can see that nothing stands in his way if he decides to cross the Red Sea, never mind to Addis Abeba. After all, Ethiopia has now earned another descriptive adjective as a land of mobile people to foreign lands, the Middle East in particular, with all the ordeals that it brings.

There are many that argue that the land tenure system in the country is largely attributable to this mass exodus of people. They say that families living off the rural land have increased so much that their holdings could no longer be enough to sustain them. Therefore, they have no choice but to flee away, driven out by the multiple push factors.

Urban centres cannot accommodate all of these extra hands. The alternative choice would, therefore, either be to flee the country or end up engaging in unproductive jobs.

The other point they raise about the economic benefits of exchanging land for money is the opportunity to create better jobs and productivity. One ingenious person could cultivate a larger area of land and hence increase the capacity to feed more people. That may contribute a lot to reducing poverty and enhancing rapid economic growth.

Others argue, perhaps more seriously, that land should be held communally. They cite the “Awramba” model as the best land holding system possible.

A community comprising of a reasonable number of families can be provided with an adequate area of land that it can allocate for different objectives, like poultry or cattle raising, growing timber for various purposes, grazing and so forth. This kind of land holding system will not give any chance to the members to sell or barter any plot of land.

In fact, land will not only be taken as an economic empowerment of all the members of the community, but also a means of expressing equality among members regardless of their speciality, gender or property ownership. The creeping issue may be answered once and for all.