A Lioness Killed A Baboon, But What She Did Next With The Baby Is So Shocking.

(The San Fransisco Globe) Photographer Evan Schiller and Lisa Holzwarth were on a game drive in northern Botswana when they encountered a massive group of thirty to forty chaotic baboons charging by them.

Amazingly, the two photographers were able to capture a stunning interaction that happened in the midst of the mayhem.

A female baboon tried to make a run for it but unfortunately wasn’t lucky. A lioness grabbed it immediately in her jaws. 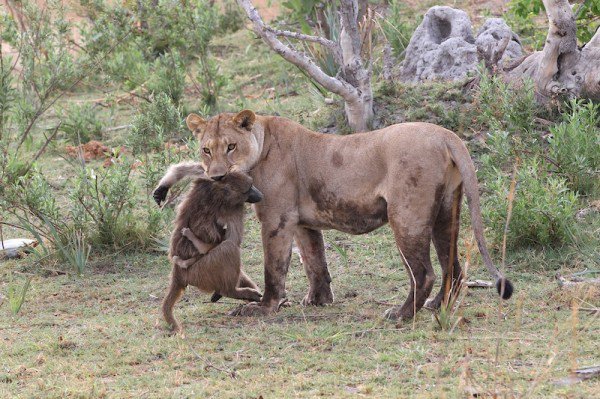