Ethiopia a haven for raptors

(Durham Region) Thirty-four red-shouldered hawks, 68 red-tails and a whopping 361 turkey vultures. The spring flood of returning raptors is well under way, judging by the numbers counted last Saturday at the hawk watch atop the Niagara escarpment at Grimsby, the best place in southern Ontario to view them passing. Raptors migrate by day, and I’ve been getting reports from excited readers throughout Durham for a few weeks now. 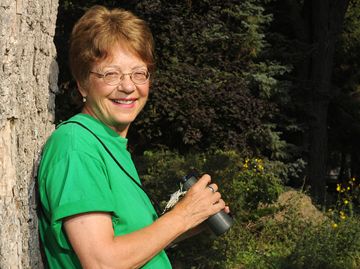 I have an added reason to be excited about migrating hawks and vultures this year, a personal reason. On my birding trip to Ethiopia in January I saw more raptor species than I had ever heard of or dreamed existed. It seemed that half the winged predators of Eurasia were wintering in the highlands of the Horn of Africa, or on the open plains of the Great Rift Valley. They will be heading back north to their breeding grounds now, many making their way around the east end of the Mediterranean, riding on thermals rising from the land. And this spring I can picture them: Eurasian and lesser kestrels, pallid and Montagu’s harriers, common buzzards, steppe, booted and imperial eagles, and even short-toed snake eagles. Read full story on Durham Region