It’s not a serious writing. Just a placard I happened to see in Downtown Toronto close to Young and Dundas street.

Apparently, the people holding the placard are either to or from demonstration against #Putin.

As you see in the pic, #Putin is listed along with Lenin and Stalin.

Accidentally, what looks like same-sex relationship promotion poster is captured in the picture. Yet, it’s not unrelated to part of the reasons for opposition against #Putin

To see picture in full size, click on the picture. 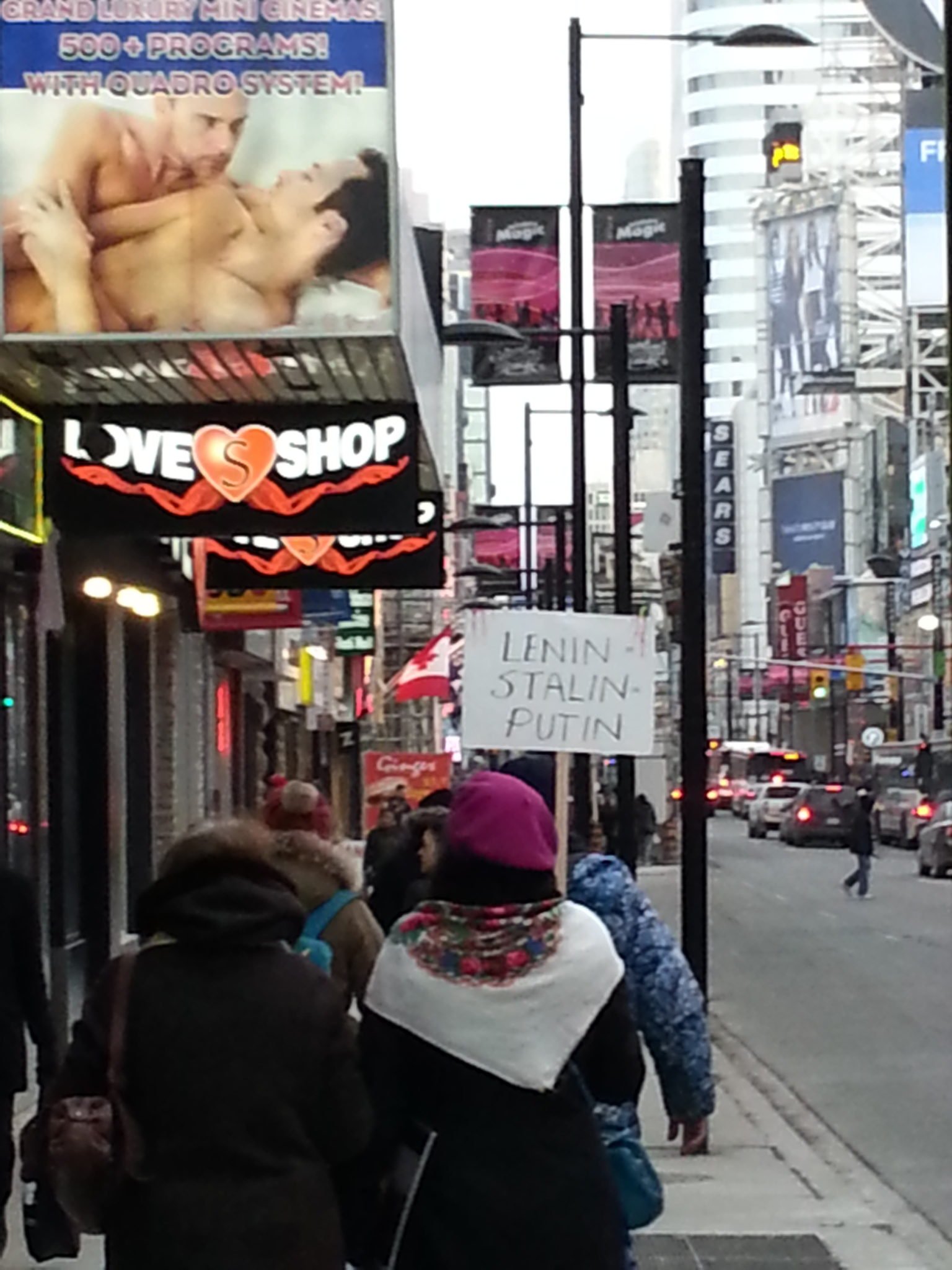