. The Karo tribe use red ochre and white chalk to create intricate designs on their faces and bodies
. Both sexes do it as a way to be more visually appealing and attractive, while looking intimidating to rivals
. American photographer Vicente Pamparo visited tribe to capture their beauty and learn of their way of life

(Daily Mail )Wearing make-up to feel more confident and attractive is common practice for Western women. And although they live in a world far removed from urban life, it’s the same for women of the Karo tribe in Ethiopia.

Using white chalk and red ochre, the women create intricate circle, spiral and cross-hatched designs in order to look more beautiful and stand out of the crowd.

What’s more, it’s not just the women who use this technique in a bid to be more visually appealing to the opposite sex. The men also paint their faces and bodies to boost their sex appeal. Read more on Daily Mail.. 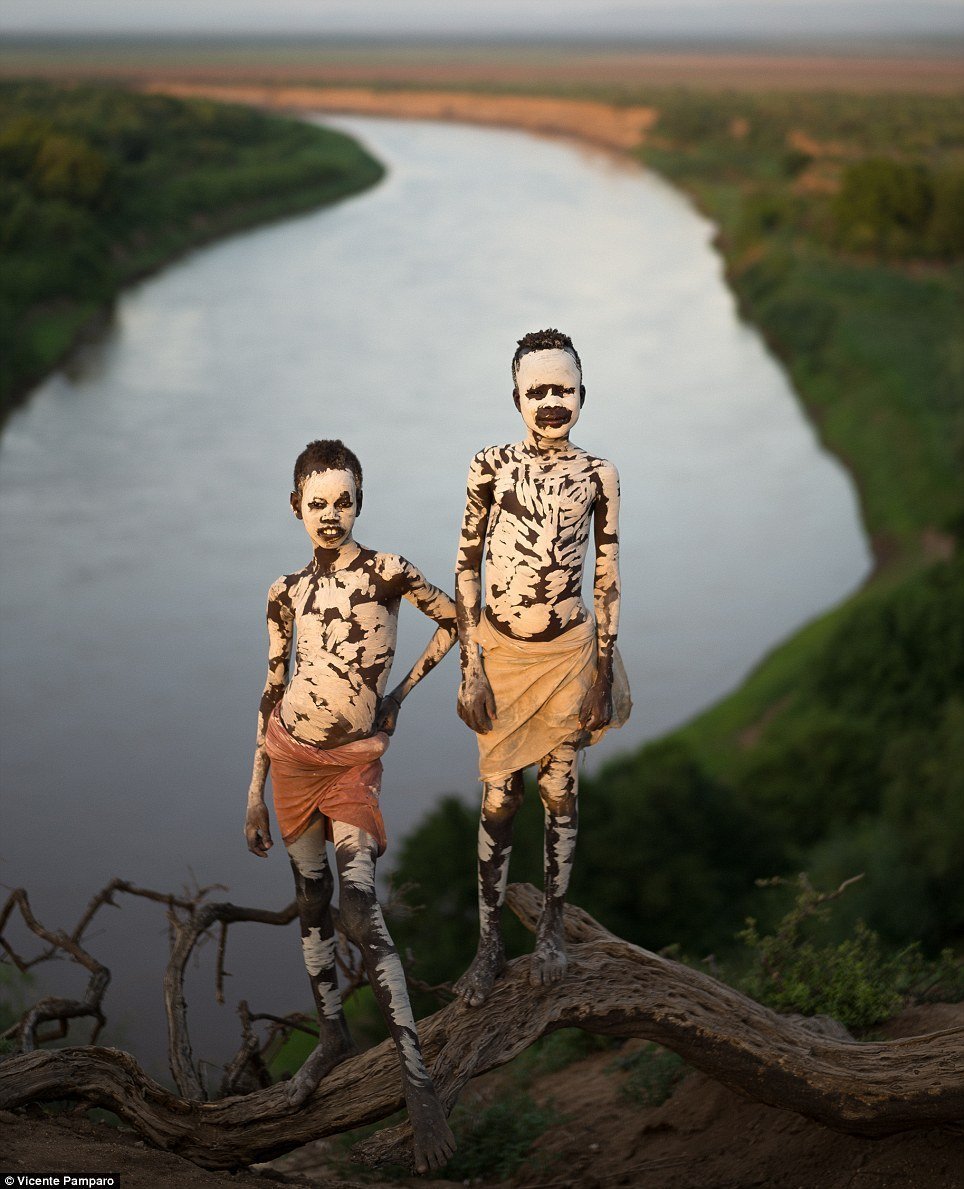