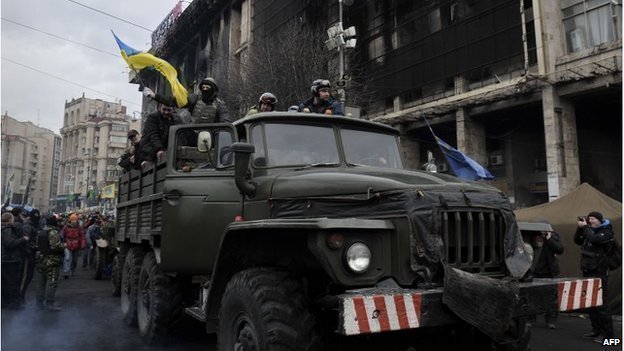 (BBC) Ukraine’s opposition has asserted its authority over Kiev and parliament in a day of fast-paced events.

Police appear to have abandoned their posts across the capital.

Protesters in Kiev have walked unchallenged into the president’s official and residential buildings.

President Viktor Yanukovych and opposition leaders signed a peace deal on Friday after several days of violence in which dozens of people died in a police crackdown on months of protest. Read more on BBC…