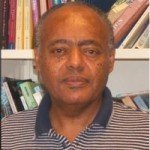 In many of my previous articles, even as Meles Zenawi was in absolute control of the country, I have defined the creation of a government of national reconciliation as the best roadmap both for the easing of some of Ethiopia’s socio-economic problems and initiating the construction of a democratic future. My assumption was then that Ethiopia could benefit from Meles’s dream of grandeur: had he taken the initiative of creating a genuine government of reconciliation, he would have marked history in a way similar to Nelson Mandela. The purpose of this article is to confirm that the proposal is still relevant.

Before I go further, there is one basic hurdle that needs to be removed. Every time I propose a government of national reconciliation, I face two different objections. Some pity my naivety and demolish my proposal with a heavy blow of realism by asking, why would the ruling elite invite the opposition parties when it feels strong in the face of a weak and divided opposition? Others tell me that my position does no more than side with the ruling party by throwing cold water on the struggle to remove the EPRDF which, they say, is beyond redemption.

Parties and groups advocating and actually carrying out armed struggle to dislodge the ruling party are entitled to ridicule my proposal. Their rejection is in perfect accord with their view of the TPLF as a party fundamentally hostile to Ethiopia’s interests. However, those parties and groups that champion non-violent form of struggle should refrain from adopting the same stand. Most of them work with the belief that democratic elections are the only means to bring about real change in Ethiopia. As a result, they expect the EPRDF to hand over power in the case they win the majority of parliamentary seats.

This expectation is, for me, the apex of political gullibility: there is nothing more unlikely than a party as sectarian, suspicious, and panicky as the TPLF surrendering power peacefully. The best that elections can achieve, in the remote case that they are relative democratic, is the possibility for the opposition to participate in political life as a minority party. If election cannot achieve the removal of the ruling party, then my proposal looks rational and realistic for the reason that it is a win-win alternative that ruling elite and opposition parties can bring to life with a little dose of realism and good faith.

Consider for one moment the political situation in today’s Ethiopia. It is ruled by an incompetent, mediocre, self-serving, and divided group. For a short time, I speculated together with other observers that Haile Mariam Dessalegn may try to implement a less repressive policy providing the opposition with some space for political expression. In effect, we saw some signs of reduced repression, for example the lifting of the ban on political demonstrations. We expected the next logical step, which should have been the freeing of unjustly jailed political prisoners. This next step did not come about; instead, the new prime minister saw his power curtailed by the unconstitutional addition of two deputy prime ministers whose obvious assignment is to make sure that decisions never divert from the wishes of the hegemonic party, namely, the TPLF. Though divided around different personalities, the TPLF still shows a remarkable determination to retain its hegemonic position at all costs. Consequently, even the baby steps toward relaxing repression are now reversed under various lame excuses. The outcome is a government without vision whose main purpose is to maintain the status quo through a weakened prime minister. I see no other reason for the violation of the constitution by the addition of deputy prime ministers than the fact that the new prime minister is not Tigrean.

The situation can only be described as a deadlock; it is moving neither forward nor backward. The only thing that can happen in a stalemate is a steady deterioration of the situation, with more and more Ethiopians becoming alienated and angry. Despite its illusion, this mediocre government, whose only expertise is corruption and repression, cannot stop this deterioration by itself. Deepening crises and finally popular uprisings are inevitable. And yet, though I energetically oppose the present government, I do not wish for the explosion of a generalized uprising. Not only I fear chaos, but also I am not convinced that the overthrow of this government will bring about democracy.

What I see, on the contrary, is either an uncontrollable irruption of violent social unrests exasperated by the government’s bloody repression or another form of dictatorship and revengeful policy against members of the ruling elites, their protégés, and those people perceived as ethnic foes, in the case where the present government collapses. I just don’t picture how democracy can come into being and grow on a soil poisoned by so much hostility, mutual suspicion, and exasperated ethnic divisions––some exhibiting secessionist tendencies––not to mention the abyssal divide between the haves and the have-nots. To direct this perilous situation toward a democratic process, Ethiopia needs a leader of the stature of Mandela, a condition that cannot be fulfilled any time soon.

The coming elections, some might say, could be a way out. Such is actually the expectations of all those opposing parties that have accepted the constitution and a non-violent approach. Unfortunately, even if the opposition does well in elections, the outcome will be a repeat of the 2005 election. I cannot picture the ruling party conceding even a modest place for the opposition in a political atmosphere where any gain of the opposition, however small, is perceived as having ominous consequences for the ruling elites. Let us not forget that what unites members of the ruling party is not shared appreciation, but survival, which is their only goal. So long as the ruling party is terrified by the prospect of losing power because it believes that the loss would certainly translate into a campaign of revenge and repression, this party cannot be expected to play fair in elections.

If popular uprisings or violent overthrow of the government are undesirable and elections are ineffective and if, on the other hand, there is a stalemate, what is then the way out? We must take here the bull by the horns and find a solution with a win-win outcome. I believe the formation of a government of national reconciliation to be such solution. It means a political arrangement in which the ruling party and the opposition parties participate, it is true unequally, in the same government. Obviously, the solution is not an ideal one, but it has the advantage of being affordable and, more importantly, of warding off dreadful consequences for everybody.

To the question of why it is the affordable solution, my answer has various facets. The one facet is that my proposal is logical or rational in that it is the only path that guarantees a win-win outcome for everybody. The process initiates a situation where the ruling elite is protected from all revengeful policy because it retains an appreciable power and the opposition can pressure for a change of policy that eases the glaring mistakes of the regime. In particular, the opposition gains the opportunity to freely organize without fear of repression. Because power is shared, it cannot be used to eliminate opponents. I add that there is no other way for the components of the EPRDF to lift the burden of the TPLF hegemony than to call for a government of reconciliation. The presence of opposition parties will force the TPLF to be more attentive to their viewpoints in order to prevail: their support becomes crucial and hence negotiable. (Please go to next page)