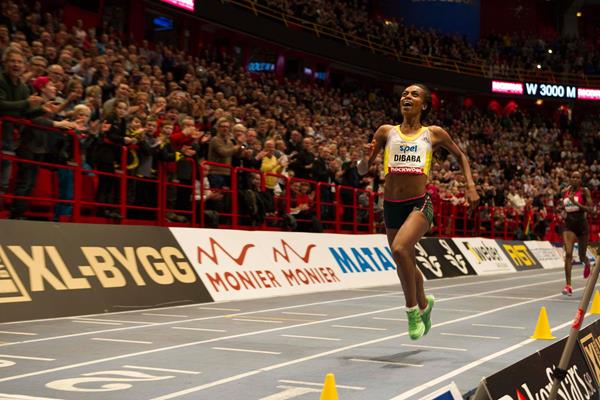 Once again the pacemakers did a perfect job and set Dibaba up perfectly to attack the 8:23.72 mark set by Meseret Defar in 2007.

At 2000m, reached in 5:34.25, Dibaba was more than four seconds quicker than Defar was at the same stage when she set the previous world indoor record seven years ago.

But the 22-year-old showed no signs of slowing and continued to extend her lead over the world indoor champion at the distance, Hellen Obiri.

She crossed the line in 8:16.60 to take more than seven seconds from her compatriot’s mark. It is also an outright African record, bettering the 8:23.23 set outdoors by Edith Masai in 2002, and is the fastest performance indoors or outdoors since 1993.