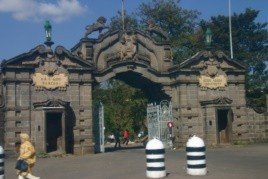 Professor Shiferaw Bekele, member of the researcher team disclosed that the churches are believed to be 600-800 years of age. The state of the discovered churches is worrisome to the professor. The churches are said to be in immediate need of protection and preservation before go out of shape.

Ethiopia encases an architectural wonders in the form of the Churches in Lalibela which goes back to the 12th century. Lalibela is one of the most important tourist attractions in Africa and world heritage.