Source: DW
South Sudan’s rebels and government forces have reportedly agreed to a ceasefire and were to send mediators to Ethiopia. But fighting for control of Bor, capital of Jonglei State, was continuing 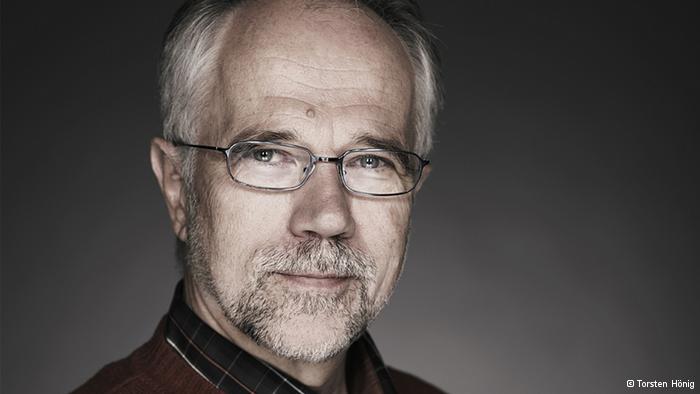 DW: Could talks between President Salva Kiir and his rival Riek Machar end the conflict which has so far claimed more than 1,000 lives?

Peter Schumann: There is a possibility that the fighting may stop, but it will not resolve the conflict. At the moment we are talking about finding a way to end the actual fighting. From what I gather, Bor must be a totally destroyed place by now. The civilian population must have fled, which means they face enormous risks, maybe they will not have a chance to survive.

Bor is under the control of rebels allied to Machar, do you see any possible withdrawal by peaceful means?

Bor spreads out in a lot of different directions. There is the road to the airport and there is the way along the Nile. Who is controlling which part is very difficult to say. It’s not the classical war where you control territory, where you have a clear front line. There are too many different groups fighting. I assume with these talks going on in Addis Ababa, there might be a lessening of military activity, but I don’t think military action will stop because of the talks in Addis.

Oil production has slumped by 15 percent due to the crisis, are the two men really concerned by what their internal conflict is doing to the country’s economy?

That is medium-long term question, and this will also affect the region. It could be one of the motivating factors for President Yoweri Museveni of Uganda to get so much involved. At the moment, Khartoum will suffer more from the reduction of oil production than the south because the country is on the brink of a civil war. The oil factor is more of a question for Khartoum, it is much more of a question for the region. If there is no oil production in South Sudan, the regional economy will also be affected.

The African Union has threatened targeted sanctions on all those who incite people to violence, along ethnic lines. Who does the AU have in mind?

I have asked myself the same question. Targeted sanctions are normally directed against government institutions and possibly private business. This would hit much more the South Sudanese government which controls most of the business activities. I think this is more political rhetoric than a real threat. The African Union does not have the instruments to implement sanctions, it will have to address this issue at the UN Security Council. I’m very doubtful whether the Security Council will follow up on the issue of sanctions at this stage.

How do you evaluate the mediation efforts by regional powers – in particular Uganda?

The mediation efforts by the region are not really following one line. Museveni has taken his own hard line position against Machar, if you look at history, the relationship between Museveni and Machar has always been complicated. Riek Machar’s role with the LRA (Lord’s Resistance Army), the LRA threatening Uganda’s stability, so there is a big history. The efforts taken be the other leaders in the region look strong from the rhetorical point of view but I don’t see a clear united position between Ethiopia, Kenya, Uganda and others. There was almost no response from the region when the press conference was given by President Salva Kiir following the alleged coup attempt in South Sudan. Now all of a sudden, they are talking about power sharing and other solutions. The region must become more active.

Peter Schumann is a former head of the UN mission in South Sudan.