The construction of a new dam in Ethiopia will not affect the supply of water flowing to Egypt, said Egyptian Minister of Irrigation and Water Resources on Saturday. 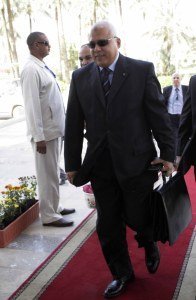 Construction on the Mega Dam, located near the Ethiopian city of Gondar, began earlier this month and has been allocated funding of approximately USD $125m, according to privately-owned Ethiopian Walta and its Information and Public Relations Center. The dam is planned to hold 1.8 billion cubic metres of water when it is constructed, and will be used for irrigation purposes and drinking water for Gondar.

The effects of the dam have already been studied, said Egyptian minister Mohamed Abdel Moteleb, and have been presented by the Ethiopian government as part of one of the projects included in the eastern Nile Basin Initiative, an initiative that all Nile Basin countries have agreed upon.

Abdel Moteleb added that studies of the dam conducted by Egypt demonstrated that it would not have an effect on the volume of water flowing to Lake Nasser, south of the Aswan High Dam.

The Egyptian Ministry of Foreign Affairs announced on Sunday that nine foreign policy working groups, comprised of intellectuals, experts, and leaders from inside and outside the ministry, met to discuss Egypt’s water security in the presence of irrigation and water resource experts.

A statement issued by the foreign ministry said the groups discussed “not only how to maintain Egypt’s historical legal share of water, but how to increase it to meet requirements for development”.

They also addressed “sources of potential threat and how to deal with them in order to preserve vital Egyptian interests and safeguard the national security of the country”.

The talks hosted by the foreign ministry are part of a larger framework in which the working groups are scheduled to address other topics related to Egypt’s foreign affairs.

A delegation from Egypt, which will include Abdel Moteleb, plans to join Sudan and Ethiopia delegations in January in Khartoum for a third round of talks to agree on the formation of an experts committee.

This committee will be tasked with overseeing the implementation of recommendations made by the International Committee of Experts, who have studied the effects of Ethiopia’s Grand Renaissance Dam, which Egypt fears could affect its share of Nile water.

Abdel Moteleb also announced that another study on the effects of the Grand Ethiopian Renaissance Dam that will be completed between six months and one year, and will be referenced heavily throughout upcoming discussions.